ADLIM Lodge and Unity Chapter hold contiguous meetings and a shared Social Board. 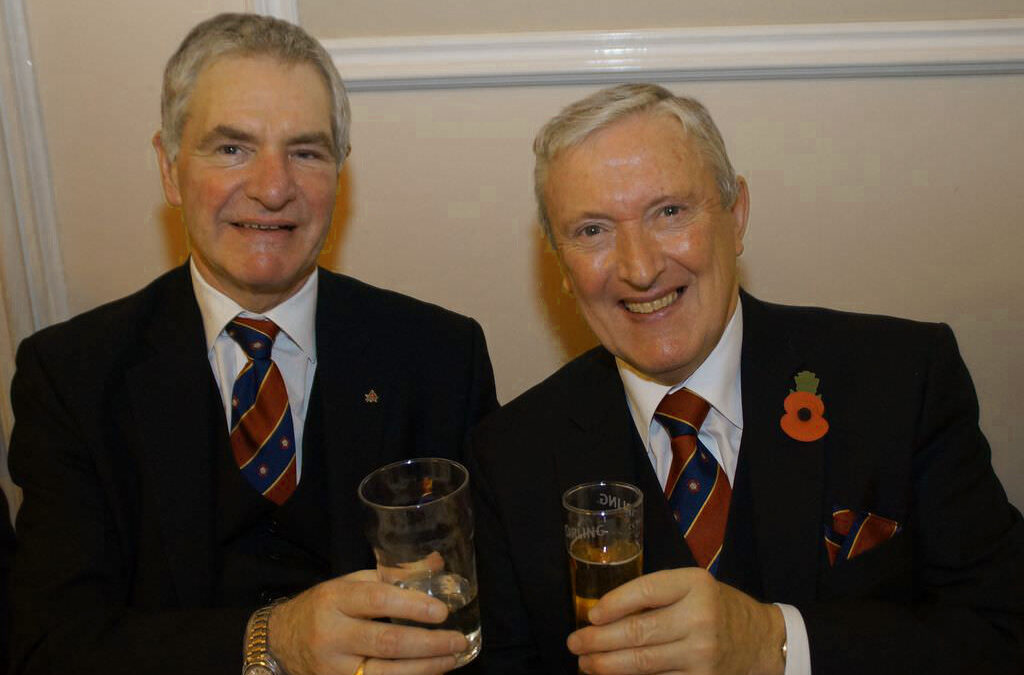 The Ashton and District Lodge of Installed Masters No 8341, now based at Mossley Masonic Hall, now meets three times a year on the last Thursday of the Month. As its current Worshipful Master, WBro Ken Hampson, is from Mossley it was decided to hold the October Meeting at Mossley.

Unity Chapter No 2341 also meets at Mossley, also meets three times a year and also meets on the same evening. So it seemed to make sense to hold the meetings one after the other and for as many as wanted to bring two sets of regalia and attend both meetings. It also made sense to hold a shared Social Board, though it was agreed that Unity Chapter would be the hosts at that.
As ADLIM had already booked the East Lancashire Royal Arch Presentation Team to do a performance of “Crafty Companions”, that seemed like something that might sweeten the whole package.

WBro Pearson, APGM with the WM and Wardens of ADLIM

In the end, the timings went somewhat askew, caused mainly by one or two of the budding thespians in ELRAPT, who seem to be incapable of doing anything the short way. (Don’t worry, it only sounds like me being rude, but as I am one of the sinners I think it’s allowed!)

The Joint Social Board

In the end we had a very jolly evening. WBro John Pearson PSGD, APGM, attended ADLIM, EComp Eddie Barlow PGStB, APGP attended Unity, and both attended the other’s meetings in the correct regalia. The Social Board was excellent, there was a great deal of jollity and I’m pretty sure that we all had a great deal of fun!

Some of the East Lancashire Royal Arch Presentation Team relaxing after their efforts were completed.

What better way of demonstrating the close links that exist between Craft and Royal Arch?

The text and all of the photographs are the work of, and copyright to ©WBro / EComp Kevin Hall, District Communications Officer for Ashton & Mossley District