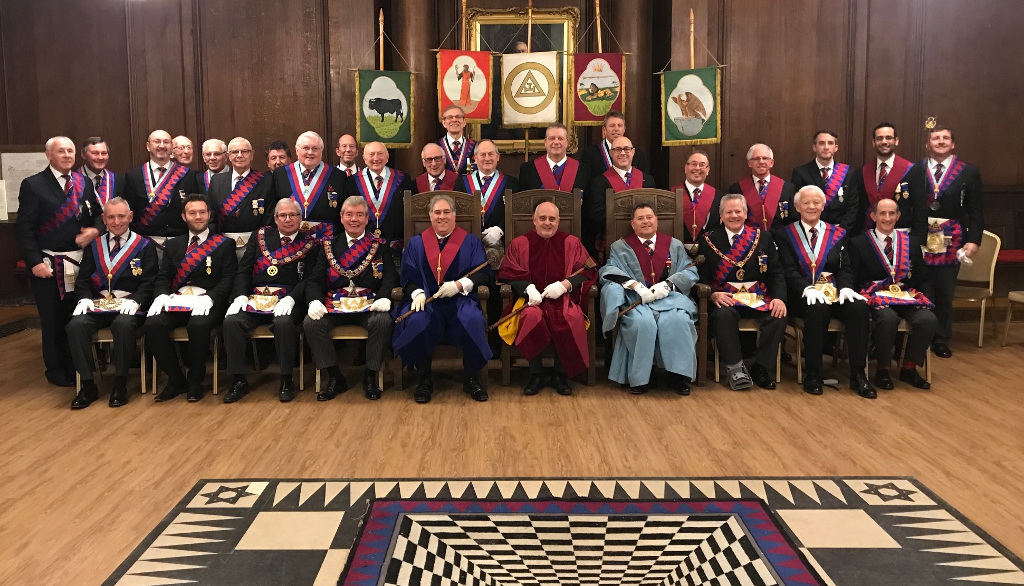 The quality of the ceremony was impeccable. Each Companion who took part, had not only learnt what they had to do, but presented it with a passion which was commensurate to the evening and, more especially, for the benefit of the Companion who they were exalting. When the Principal Sojourner was asked “Who are you”, the reply being “Brethren of your own tribes and families” was such an appropriate remark and very much appreciated by all the Companions present. With the assistance of three other Companions, EComp Ashley Hayman gave an explanation of the signs, which was given to the same high standard as the rest of the ceremony.
The social board was an enjoyable and relaxed affair. With good speeches and all the members of the Basger family being congratulated on what was a truly memorable ceremony of Exaltation. Comp Paul Basger concluded the social board by thanking all the members of his family for their personal involvement, which had made his evening so special. He looked forward to playing an important role within the Royal Arch and in Ark & Menorah Chapter in particular.