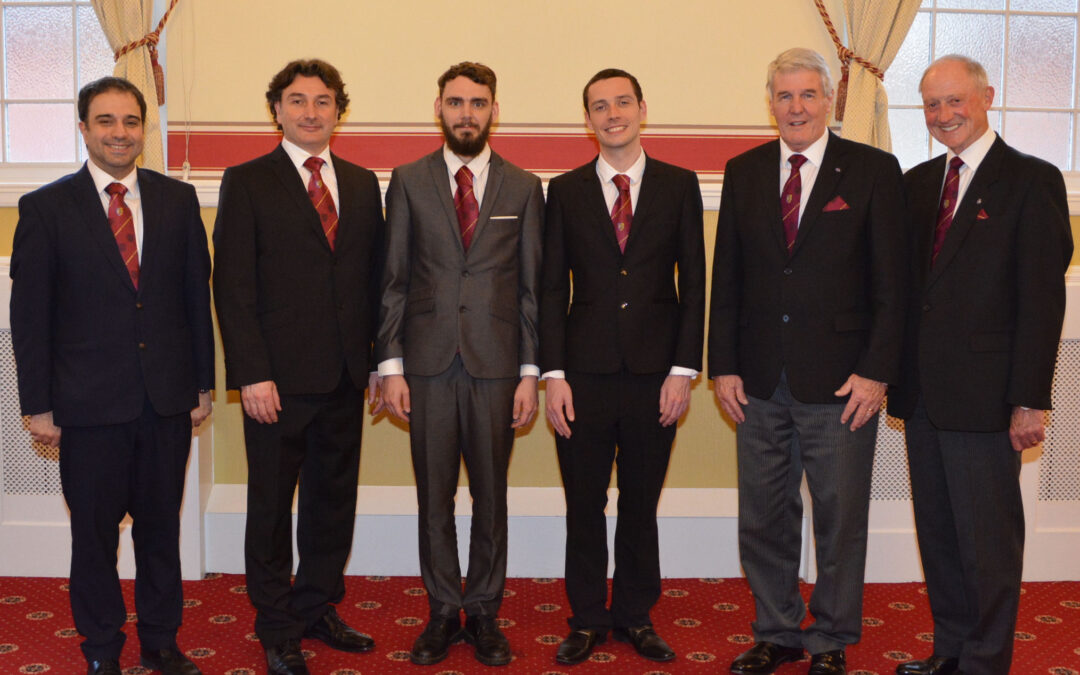 A meeting of Palatine Chapter No 2447 was held at the Warrington Masonic Hall on 15th May and was very well supported by almost 50 companions of various ranks who attended from both East and West Lancashire Provinces.
An excellent buffet was provided by the Masonic hall catering staff and was enjoyed before the commencement of the meeting.

Companions enjoying a buffet before the meeting.

The First Principal for the meeting was Paul Renton, Second Principal Mo Afsa and the Third Principal Barry Jameson. They then opened the chapter in due form. Just after the chapter was opened, David Basger Scribe Ezra, read three dispensation letters to enable the meeting to be held. The purpose of this emergency meeting was to witness a triple exaltation.
A ballot took place for the three candidates, which all proved in favour and Gary McCormack, John Sullivan and Paul Tidy were presented for exaltation. They were duly admitted and exalted into the Holy Royal Arch Chapter in an exemplary manner by the three principals and Chris Armstrong, acting as Principal Sojourner. Narration was expertly undertaken by Colin Rowling at appropriate points throughout the ceremony.
The chapter was then closed by the three principals. The companions assembled briefly in the dining room at which point Paul offered the loyal toast and proposed a toast to the health of the three candidates. He also formally welcomed Gary, John and Paul to Royal Arch Masonry in general and this Palatine Chapter No 2447 in particular.

Pictured are new companions (seated) with some members and visitors.

UGLE initiated the University Scheme in 2005 with the aim of creating an organisation for lodges who were focussed on bringing young people into Freemasonry and utilising the experience gained from lodges such as Apollo University Lodge in Oxford and Isaac Newton Lodge in Cambridge. Old Mancunians with Mount Sinai Lodge joined the scheme in 2006 as the 10th member. There are now over 80 lodges in the scheme. Very recently it was decided to introduce chapters into the scheme and Palatine Chapter is the fourth Chapter to have joined with a view to encouraging younger Craft Masons to continue their journey in Freemasonry.
A very successful and enjoyable evening was then brought to a close.
Story and pictures courtesy of West Lancashire Provincial Royal Arch Office and written by John Starkey.