Norman Rogers 52 minutes
This paper was originally presented by Brother Norman Rogers in the 1960’s but it is particularly interesting in this the year when these two Chapters celebrate their two hundred and fiftieth anniversary.
Although described by some at the time of its first delivery as being too short it can be presented in two or three sections which might be more successful.
The first part explains the significance of the Royal Arch in East Lancashire and for that matter in England in 1766 and how the Warrants of Constitution for Cana and Nativity Chapters were issued at the Turks Head in London on the 14th July 1766 (15 minutes).
Consideration is then given to the workings of Nativity Chapter through it’s constitution, ceremonies, officers and social board (12 minutes).
The final section likewise looks at the workings of Cana Chapter and some of its artefacts
(14 minutes). 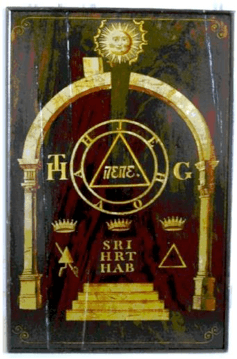