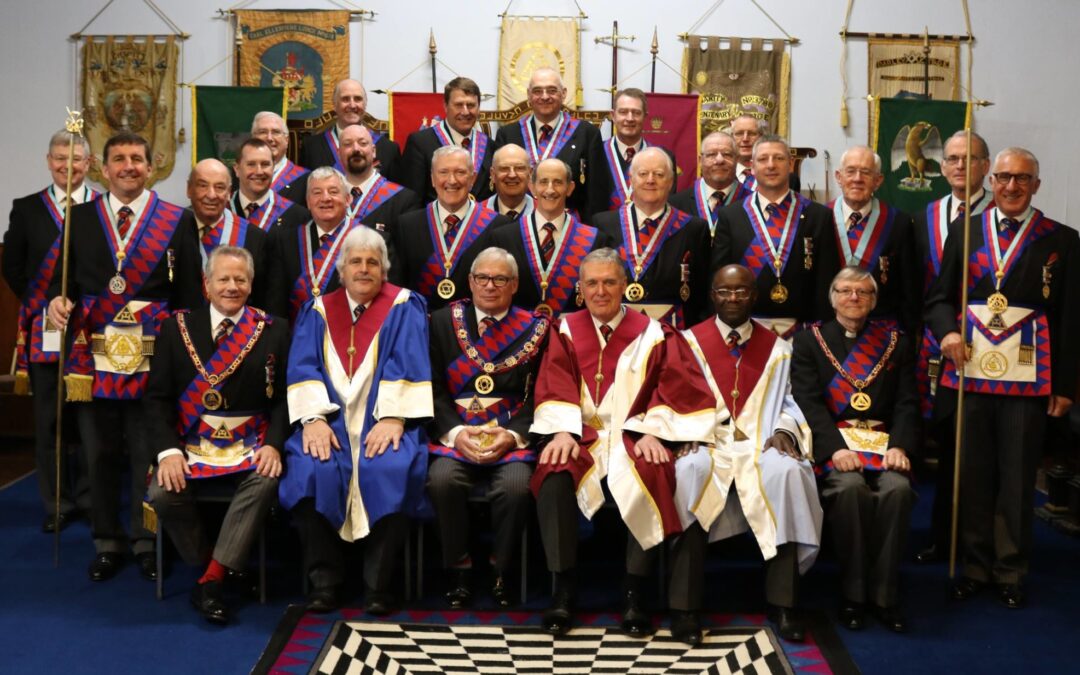 It was a special night at Farnworth Masonic Hall on 30 March 2017, when Euclid Chapter of Installed First Principal’s No. 9468 hosted the East Lancashire Royal Arch Presentation Team who wowed all those Companions present with a rarely seen demonstration of the ‘Passing of the Veil’s’ Ceremony. Workings of the Ceremony are restricted by Supreme Grand Chapter and are only allowed to be performed within East Lancashire once a year and then only with the permission of the Most Excellent Grand Superintendent.

The presentation re-enacted an ancient ceremony, once performed in many Chapters, which highlights the strong links between what we know as the ‘traditional’ three degrees in Freemasonry with the Holy Royal Arch and the journey of a candidate between the two. It is particularly pertinent to East Lancashire Province as four of the first six Chapters in England to be consecrated were based within East Lancashire and they regularly performed the ceremony in their earlier years.

The night was rounded off by an excellent Festive Board – good food, great humour and enjoyable speeches. A donation to the Royal Arch Presentation Team from Chapter members was gratefully received by EComp John Cavanagh.

Many thanks to Euclid Chapter of Installed First Principals for hosting the event, the ELRAP Team for an excellent ceremony and all the attendees for making the evening so memorable.

More images of the evening to be found here