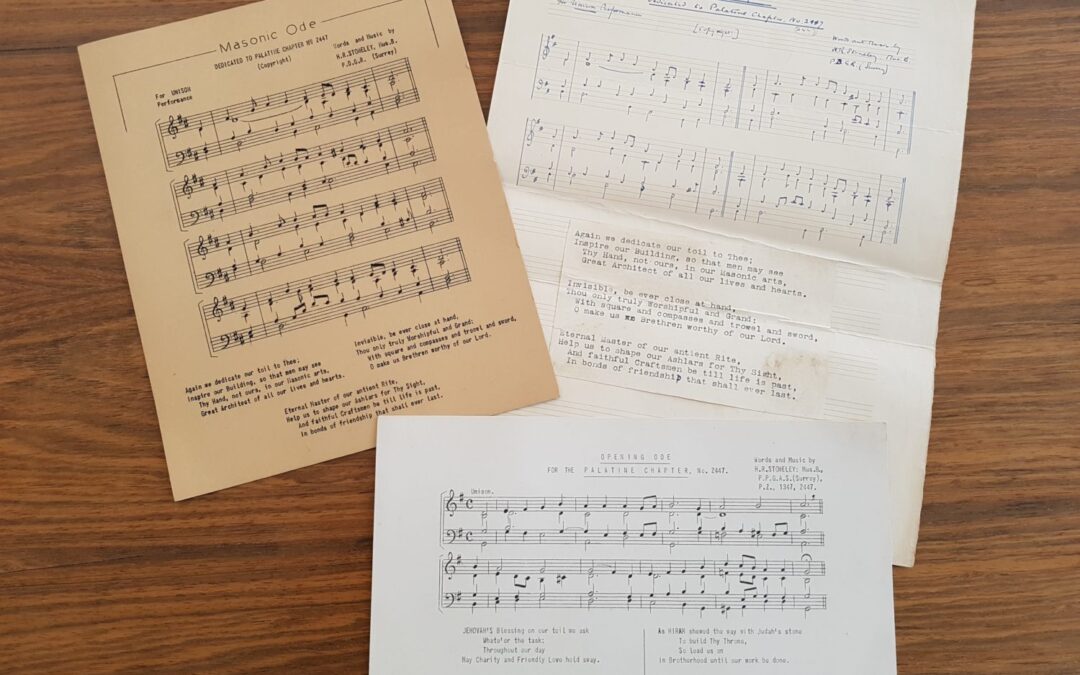 In October this year Palatine Chapter will become part of the UGLE Universities Scheme and an amazing coincidence just occurred, the timing of which couldn’t be better. The Chapter was contacted by a Mrs Elisabeth Miles who informed us that she had recently found some manuscripts of her late grandfather’s, Comp Henry Robert Stoneley, that she felt would be of great interest to us. Comp Stoneley was a Bachelor of Music and Organist. He was a member of the chapter until his death in 1951 and wrote the music and words for the two pieces of works that Mrs Miles sent in. One entitled ‘Opening Ode for the Palatine Chapter No 2447’ and the other ‘Masonic Ode dedicated to Palatine Chapter No 2447’, this one included the original working sheet. She seemed to have ‘made a discovery of great importance’!
These works form an extraordinary part of the history of the chapter which is now entering a completely new phase of its life since it was consecrated in 1934. The future looks incredibly bright and anyone wishing to join the chapter whose meeting is on Monday 22 October, should contact David Basger davidbasger@gmail.com for further details