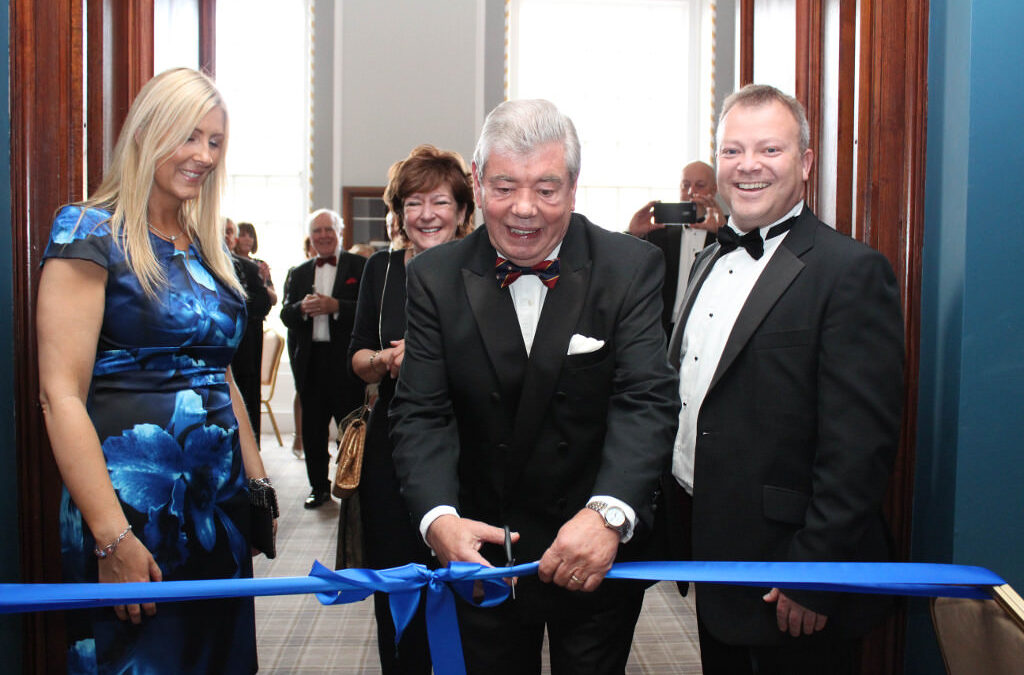 The Annual Royal Arch Banquet was hosted at the Manchester Hall.

The guests were greeted in the Museum reception room with Champagne and Canapés before entering the Goulburn Suite. The Royal Arch Banquet marked the opening of the recently refurbished 2nd floor, which was formally opened by Sir David Trippier, the Most Excellent Grand Superintendent, who was accompanied by his wife Lady Trippier.

The splendour of Goulburn Suite was matched by the excellent fayre that was provided and which was heartily consumed by all. “Sommelier” for the evening, EComp Paul Rose Deputy Grand Superintendent, relayed his expertise with vivid descriptions of the various wines being enjoyed by all concerned and which were on sale during the evening, from the Royal Arch Wine Cellar. EComp Rose also thanked the organisers of the event, EComp’s David Thompson and Peter Messum, for once again ensuring that all the arrangements for the Banquet were to perfection.

The prime function of the banquet has always been to raise awareness within the Province, of the Royal Arch, especially amongst those who are not members. During the course of the evening a raffle has always taken place to assist in providing funds for numerous, masonic and non masonic, good causes, which have been supported over the years.

Photographs taken on the evening were in the hands of the “master of the quill” EComp Martin Roche who captured the conviviality and companionship of the night.

Once again, the Royal Arch Banquet was one of the social highlights held within the Province of East Lancashire and we thank all those who supported it and in making the event a success.