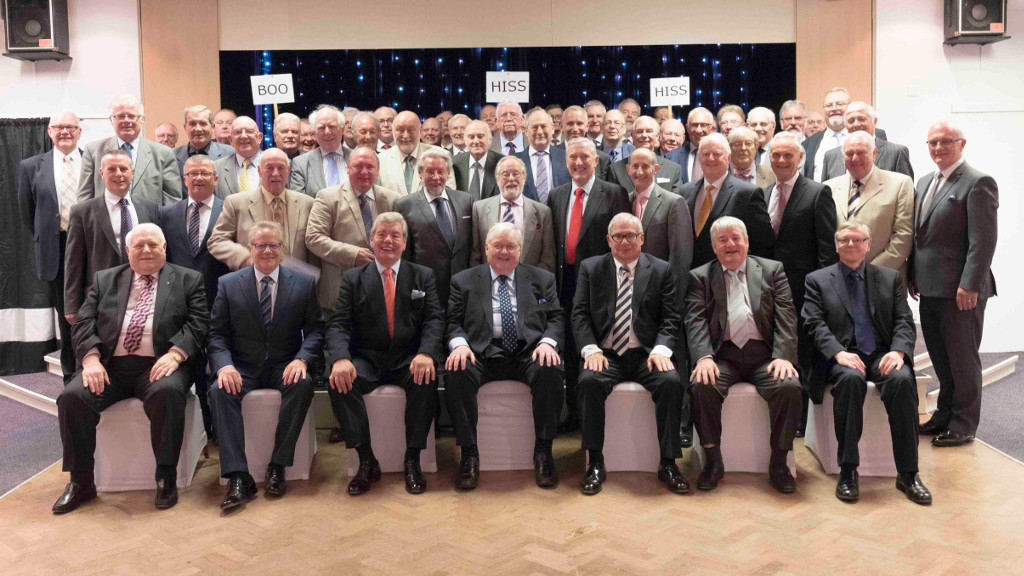 David Thompson held his farewell party from Provincial duties at Stanley House on Thursday 4th May 2017.
In the presence of Most Excellent Grand Superintendent Sir David Trippier and his Deputy Paul Rose plus some other sixty Companions of the Province who in some capacity have served with David in his many offices of the Province.

Paul Rose proposed a toast to David and mentioned their first meeting and working together in the 80’s. Sir David then thanked Excellent Companion Thompson for all his extremely hard work for the Province over the years and presented him with a Masonic watch.
David Thompson then rose to speak and received the “Boo and Hiss” cards from the Royal Arch Demonstration team.
He thanked both for their toasts and Len Hayes for his organising the party along with Steve Boyle for acting as Director of Ceremonies.
Finally he thanked all present for some great times together and especially for taking the time to attend and make it a special night for all.