Presented by EComp Simon Fernie PAGSoj at Supreme Grand Chapter on 10th November 1999
– 20 minutes
The magnificent Temple at Jerusalem, built and furnished by Solomon at stupendous cost of thought, labour and treasure. The lecture explains that Solomon was surrounded by pagan people and when he passed away, 10 out of 12 tribes around him, broke away to form an independent kingdom, whilst the 2 faithful tribes held the mountain stronghold of Jerusalem, which commanded the great trade route between Syria and Egypt.
The lecture explains the various king’s rulings over the years It explains how Jewish exiles lived in small colonies in Babylon, unable to form worshipping congregations, but their love for Judea and their faith in God kept them together. After 70 years in exile, Cyrus, the Persian conquered Babylon and extended his empire. Only a few months after King Cyrus reached Babylon, he issued an edict permitting Jewish exiles to return to Judea, and the 2 faithful tribes were invited to rebuild the City and Temple of Jerusalem His motives are unknown.
The history of the period follows, and how Haggai deserves a great place in the narrative of the returning exiles, having been born in Babylon.
The lecture ends with a final thought passage. 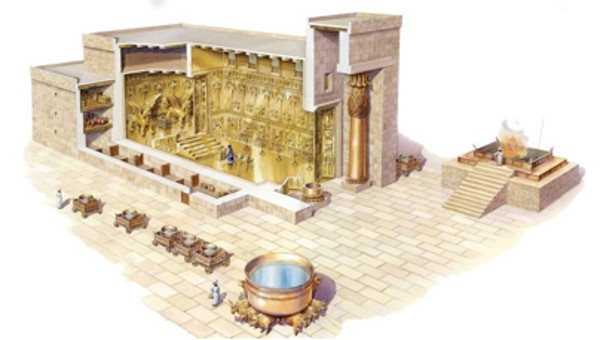