On Thursday 14 April 2022 Abbey Lodge 2529 welcomed Right Worshipful Brother Robert Frankl, the Provincial Grand Master for the Province of East Lancashire, along with a Provincial Deputation, to the Masonic Rooms at Whalley. It was RW Bro. Frankl’s first ever visit to ‘Lancashire’s Little Gem’ of a Lodge Room and it was hoped he was suitably impressed.

But why did he visit?

Worshipful Brother James Sutcliffe PSGD, Past APGM was initiated into Abbey Lodge 50 years ago in March 1972 (at the age of 24). Normally an Assistant Provincial Grand Master (APGM) would attend a Golden Jubilee to represent the Province but Jim is special and warranted the Province Grand Master attending. 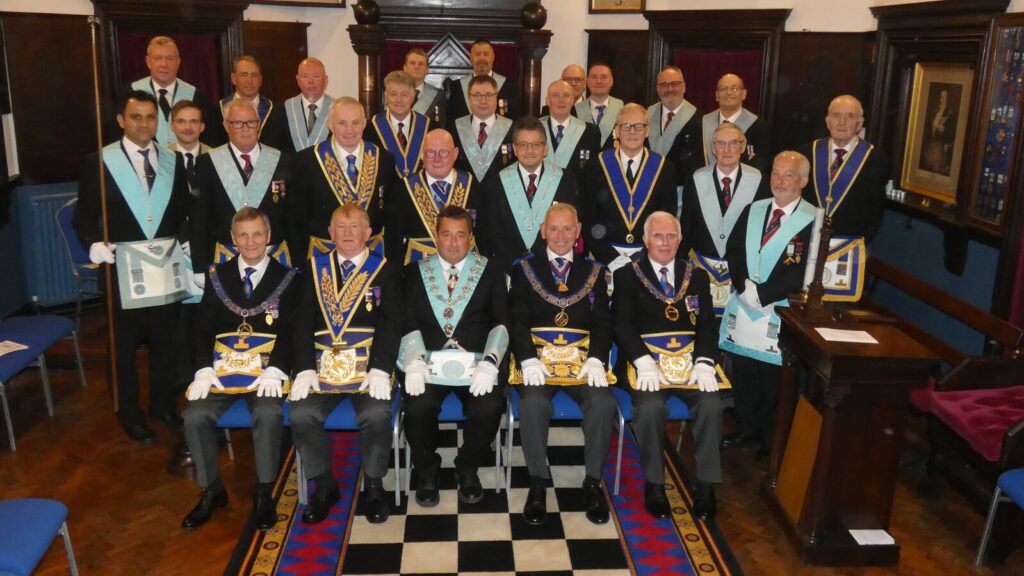 The Brethren of Abbey Lodge with the distinguished guests

The Brethren heard all about Jim’s praiseworthy masonic career before he was present with an illuminated certificate to mark his tremendous milestone. The Worshipful Master of Abbey Lodge presented the Provincial Grand Master with a cheque to the sum of £4,500 towards the Province’s 2026 Festival Appeal making it a Grand Patron Lodge of the Festival. 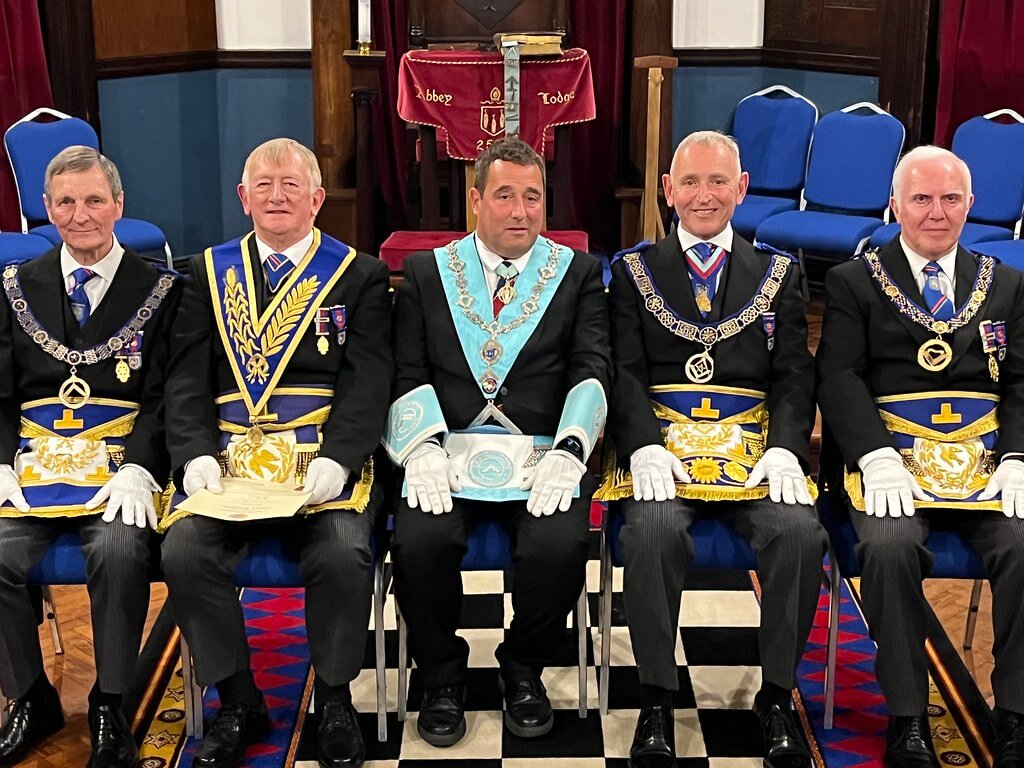 A meal at Whalley Golf Club followed during which a raffle raised £315 towards Motor Neuron Disease Association. 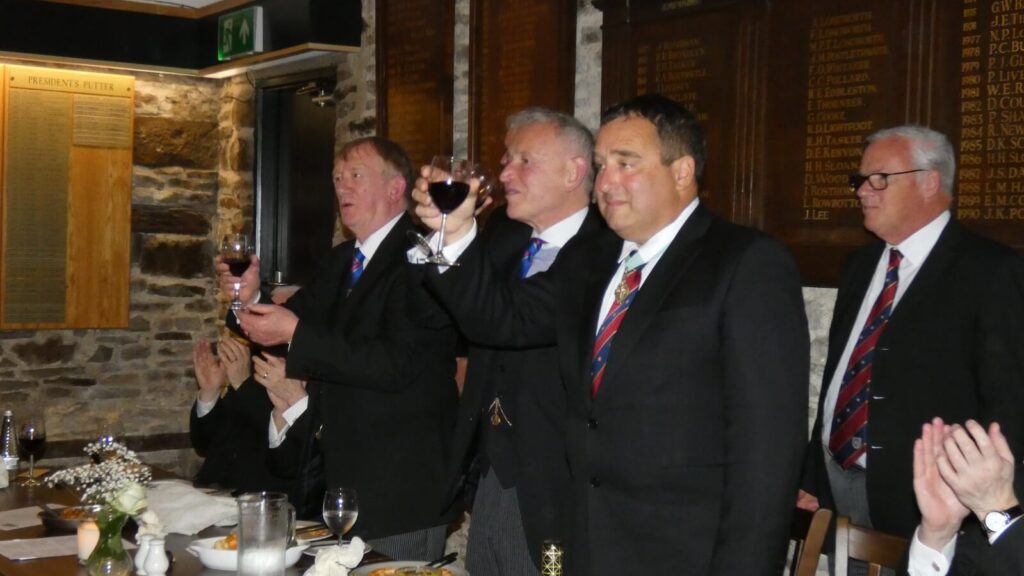 © 2022, all text and images contained in this post are the property of the author and photographer respectively