There are many organisations and orders which form part of the widespread fraternity of Freemasonry, each having its own structure and terminology. Collectively these may be referred to as Masonic bodies, Masonic orders or appendant bodies (or orders) of Freemasonry.

Following the craft freemasonry degrees, there are a vast number of separately administered degrees and orders available solely to craft freemasons in England and Wales. Beyond the three degrees of craft freemasonry, the Holy Royal Arch is the only degree officially recognised by the United Grand Lodge of England (UGLE) under the English Constitution. Other orders and degrees, on the other hand, are referred to and recognised by the Grand Master of the United Grand Lodge of England, and all of its members are required to be masons under the English Constitution. The following are some of the most well-known Masonic appendant bodies:

The Ancient and Masonic Order of the Scarlet Cord

Red Cross of Constantine Division of North and East Lancashire

The Royal Order of Scotland Provincial Grand Lodge of Cheshire 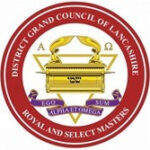 The Order of Royal and Select Masters (District of Lancashire) 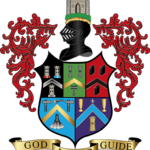 The Worshipful Society of Freemasons The Scarlet Cord of Grand Senatus of East Lancashire