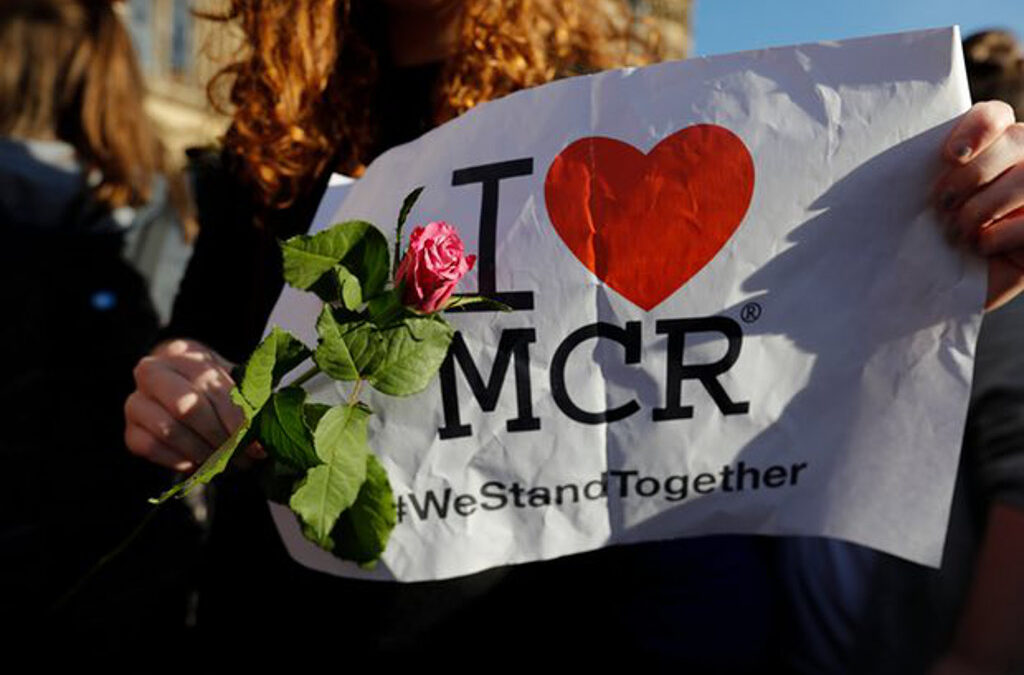 On the morning of the 23rd May Freemasons heard the tragic news of the terrorist attack on Manchester Arena. Knowing that Freemasons would wish to offer support in some way our Provincial Grand Master, Sir David Trippier, immediately launched an appeal for funds to assist those affected, which was initiated by a donation of £10,000 from the East Lancashire Masonic Charity Emergency Fund. Within hours the Freemasons of West Lancashire had matched this. Over the next few weeks there was a magnificent response to the appeal, with many thousands of pounds being donated from all over the country, as well as from across the World, from individual donations to Lodge and District donations to magnificent donations from other Provinces.

As seen in the picture above, Sir David Trippier was able to present a cheque for £196,000 to the  We Love Manchester Emergency Fund. This was received by Chair of the Fund Trustees, Councillor Sue Murphy accompanied by Sir Howard Bernstein.
Councillor Murphy said “On behalf of the Fund I would like to thank the Freemasons for their generosity. We will be using this money to help those affected by the attack. It’s solidarity such as this that shows the true spirit of Manchester and the support we have across the country.”
Sir David added “It shows that Manchester and the North West do not stand alone and it makes me extremely proud to be a Freemason.”
As the count reaches it’s final stages we are now able to report that the current amount raised, including Gift Aid, has reached a magnificent

Once the final figure has been calculated a further cheque will be issued.
You can view a list of donations received HERE
PLEASE NOTE THAT THIS LIST ONLY INCLUDES DONATIONS OF £250 AND OVER, BUT THERE HAVE BEEN MANY, MANY MORE VERY GENEROUS INDIVIDUAL AND OTHER DONATIONS – THE ELMC OFFERS ITS SINCERE THANKS FOR EVERY SINGLE DONATION.
Please see also https://www.pglel.co.uk/manchester-bee-appeal-2017/
Article by Gerry Russell