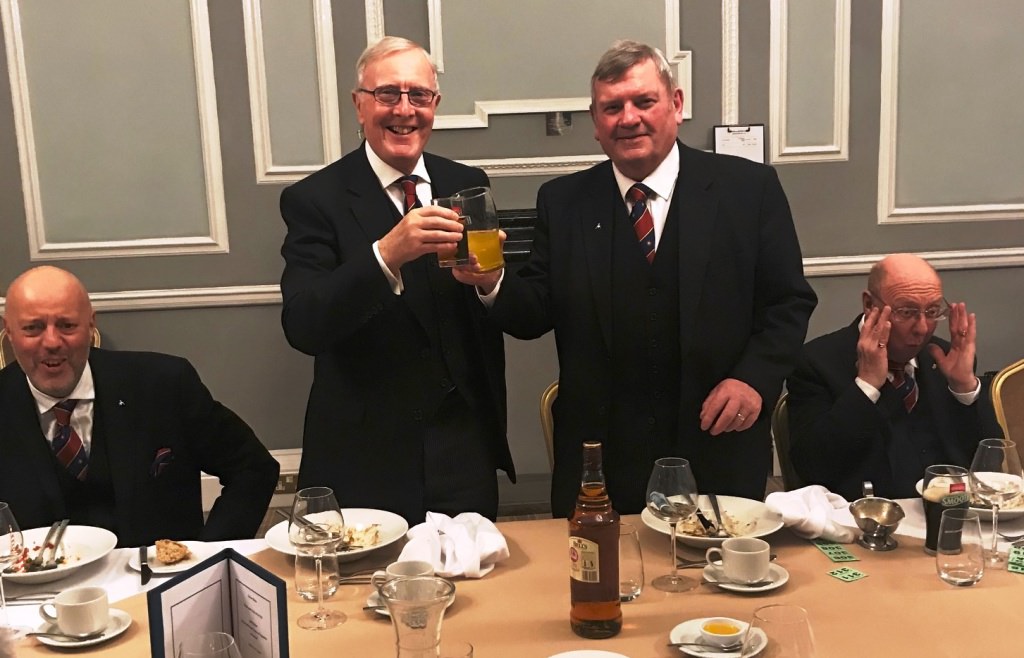 WBro Chris Welton, the APGM for the Manchester Districts, made a pastoral visit to Vigilance Lodge No 4592 on Tuesday 5thFebruary 2019 accompanied by a number of District or Area Officers.
After the Lodge was opened, WBro Roy Cook, the Worshipful Master, offered the gavel to the APGM. Whilst acknowledging the honour of being offered the gavel, WBro Welton politely declined and wished the WM a very enjoyable meeting.
The APGM introduced the District officers who accompanied him; they were WBro Paul O’Carroll City Derby District Chairman, WBro Ed Beaman City Derby District Deputy Chairman, WBro Chris Wildman City Sykes District Deputy Chairman, WBro Mel Rosenthal City Derby District Secretary, WBro Roy Chapman City Sykes District Mentor, WBro Steven Thomson City Sykes District Charity Steward, WBro Andrew Greenhalgh City Derby District RADO WBro Richard Zoltie Manchester Area Communications Officer, WBro Elliot Moss Manchester Area Almoner and Committee of Benevolence Representative and WBro Dennis Schiff Manchester Area TLC.
The WM assisted by the Officers of the Lodge then worked a demonstration of the Third Degree Ceremony.  This was done well and showed the hard work that the WM and Officers had put in.
The WM then presented a cheque for £200 for the ELMC to WBro Welton who received it with thanks. The APGM said that he had enjoyed the evening and was pleased that the Lodge was working very hard to develop its Junior Brethren.
After the meeting, the brethren enjoyed a happy and sociable Festive Board.

Some of the Brethren at the Social Board

The APGM addressing the Social Board
Prepared by Richard Zoltie