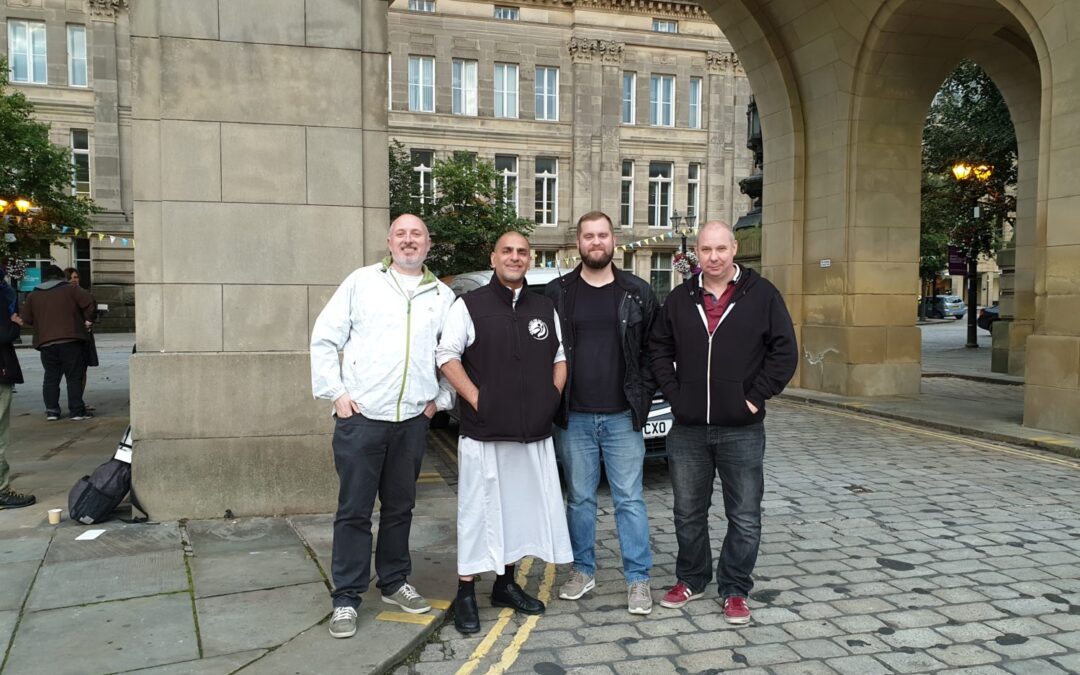 Over the summer break, on August 11th Bolton & Manchester Freemasons got together in Manchester city centre to raise money for Homeless Aid UK, a local group assisting the homeless in Bolton & Manchester.
The idea of a pub crawl, with fines, to extract the most money out of the Brethren present was conceived and through the dedication of trial runs and repeated venue testing, the below route was produced.

Whilst many Brethren drifted in and out (of consciousness – ?) throughout the day, over 25 Brethren and friends joined us and we raised a significant sum of money through fines such as “not saying someone’s first name” and only being allowed to “drink with the left hand”. Ruthless and ever vigilant fines masters were on hand to collect.
Companies run by local Bolton Freemasons also donated to the pot resulting in £1000 being donated to Homeless Aid UK in September.