The meeting of Column Lodge No 5813, on Monday 25 April 2022, marked the 50th Anniversary in Freemasonry for WBro Steven Forster, Past Assistant Grand Director of Ceremonies.

The Lodge was opened by the Worshipful Master, WBro David Cowan, and he offered the gavel of the Lodge to the Assistant Provincial Grand Master, WBro Mark Davis; and on this occasion, he was very happy to accept.

WBro Davis asked the Deputy Provincial Grand Director of Ceremonies, WBro John Lees, to place the celebrant in the centre of the Lodge and once he was sat comfortably, began by remembering the year in which Steven was initiated into Ark Lodge, 1972.

It wasnt a great year with the miners strike causing a state of emergency, the troubles in Northern Ireland were at their height, Derby County won the League and the FA Cup was won by Leeds United but WBro Davis noted that WBro Forster joining Ark Lodge was certainly one positive event to remember!

WBro Steven Forster was initiated into Ark Lodge No 6594 on the 10 April 1972, which latterly became Arkscroll Lodge, and he remained a member for 43 years. He became a Founder Member of Mount Sinai Lodge No 8855 in 1979 and served as its Master in 1982. He was instrumental when the Lodge subsequently amalgamated with Old Mancunians Lodge No 3140 in 2013.

When Column Lodge was rededicated in 1990, he became a joining member, and the record show that there are not many posts with the Lodge of which he has not served including his current office of Junior Deacon.

He was recognised by the United Grand Lodge of England in 1999 and received his current rank of Past Assistant Grand Director of Ceremonies.

His current Provincial Chapter appointment to that of Past Provincial Deputy Grand Registrar was awarded in 1994.

Through his membership of both Old Mancunians with Mount Sinai Lodge and Palatine Chapter, both of which are members of the United Grand Lodge of Englands Universities Scheme, Steven has played a key role in mentoring their members, guiding their development, and supporting them with his wise counsel.

The Provincial Deputy Grand Director of Ceremonies then conducted WBro Forster around the Lodge, to receive the adulation of the Brethren assembled.

There were several very distinguished freemasons present at the meeting including RWBro Stephen Blank, Provincial Grand Master for the Province of Cheshire; RWBro James Newman, Provincial Grand Master for the Province of Yorkshire West Ridings; along with a retinue of Grand Officers and several members of Old Mancunians with Mount Sinai Lodge but the special guest was Stephens son, WBro Richard Forster, who shares the rank of Past Assistant Grand Director of Ceremonies with his father.

Inside the Lodge, a Tribute was given by WBro Hon Clement Goldstone and at the Social Board, RWBro Stephen Blank gave the toast to WBro Forster. 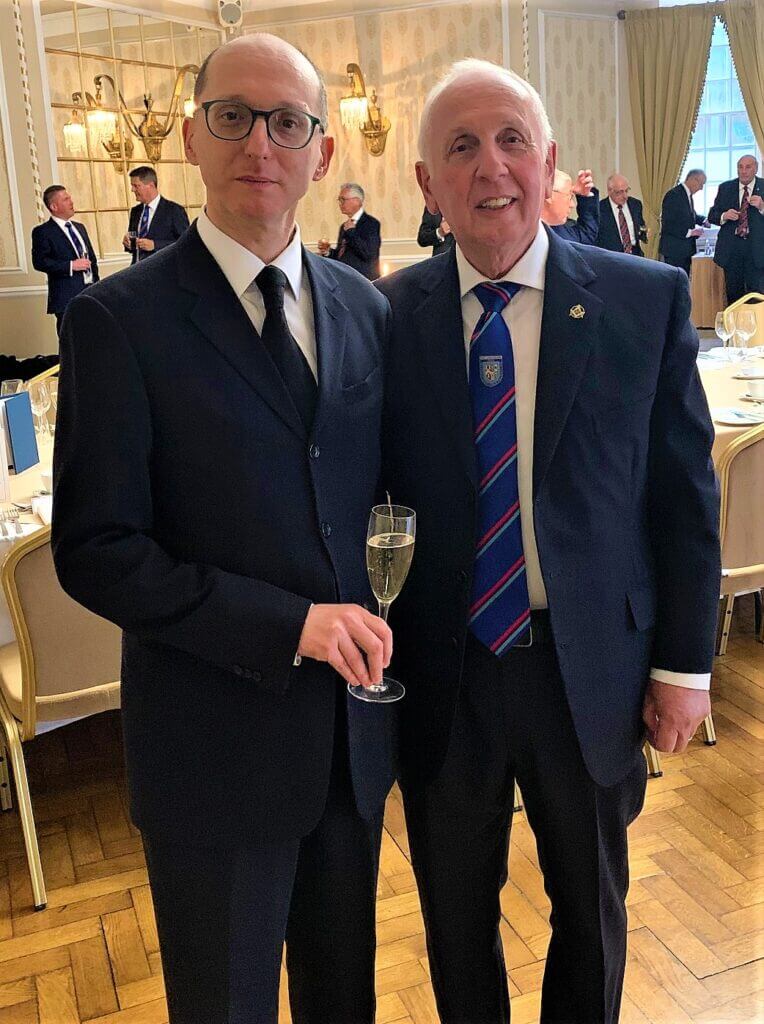 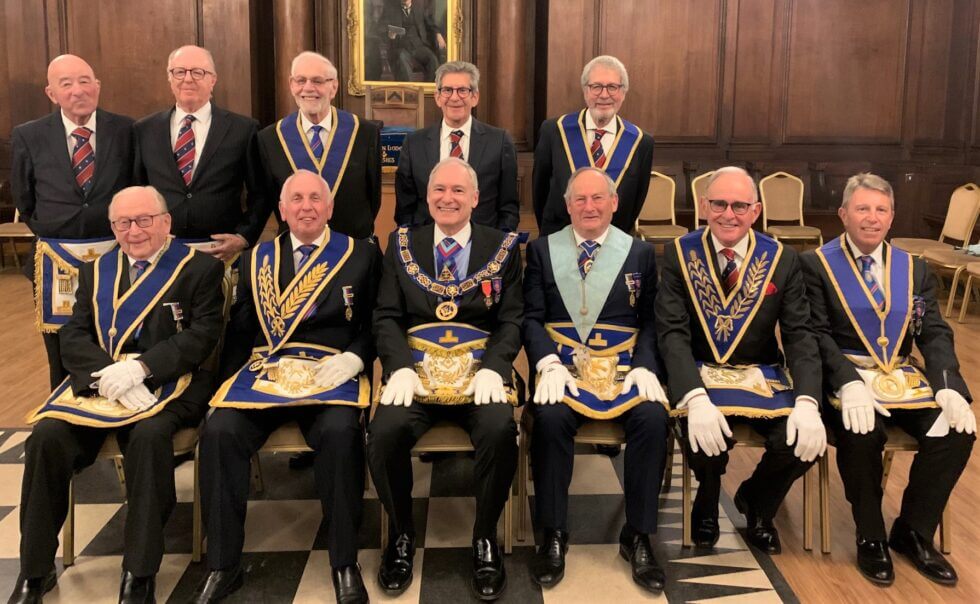