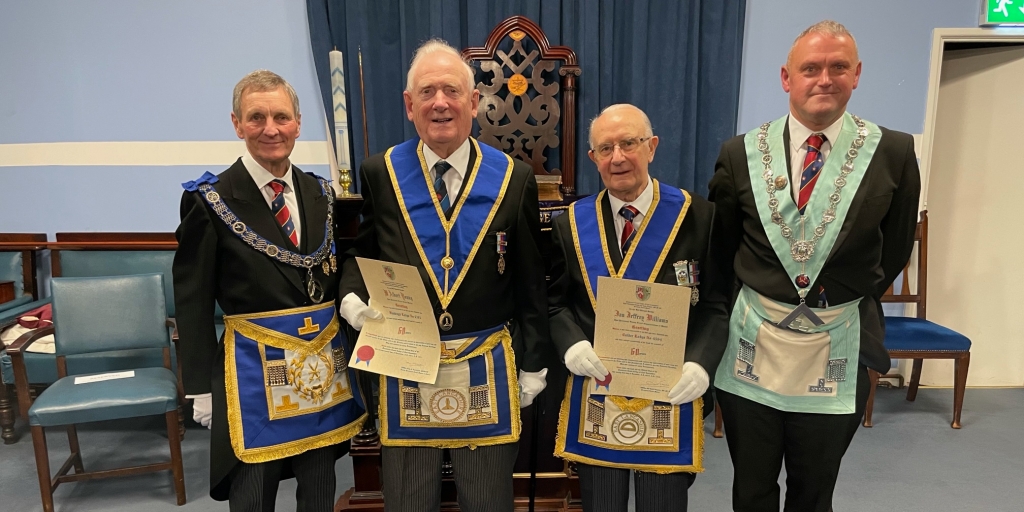 The principal guest was the Deputy Provincial Grand Master in Charge, VWBro John Farrington, who was accompanied by two Provicnical Deputy Grand Director of Ceremonies. There were over thirty masons present who, in line with current guidance, all wore masks during the Lodge meeting.

A tribute to WBro Williams was given by his Brother, Tony Williams. In a warm tribute Tony reminisced about Ian’s background, his love of cars and the many family trips accompanied by his other siblings.  Tony touched on Ian’s masonic career and further details were later added by VWBro Farrington. Tony spoke sincerely about the many aspects of his Brothers character that characterised him as a great Freemason.

The tribute to WBro Young was delivered by VWBro Farrington.  In a sincere and moving tribute, VWBro Farrington spoke warmly of Albert’s contribution role in Huntroyd Lodge before Albert joined Calder Lodge when Hunroyd Lodge finally closed.  He also spoke sincerely about Albert’s character and his attributes as a Freemason.