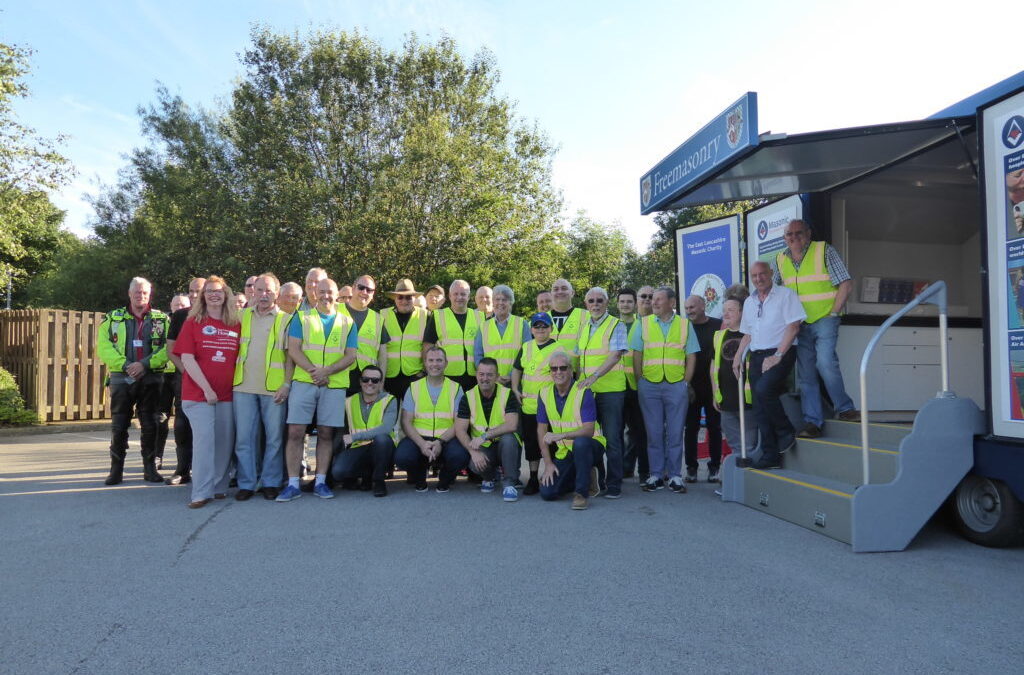 On a lovely summers evening of the 8th July, 40 Brethren from Lodges across the District, assembled for the traditional pre-event curry in Oswaldtwistle before making their way to the East Lancashire Hospice as volunteer marshals for the Starlight Memories Walk 2017 event. The Provincial trailer acted as the HQ supporting the 45 volunteers, with Brethren delivering and setting it up in the afternoon.
This year the walk was modified to include a shorter 4 miles route with men and children also eligible to participate, it has to be said that a large number of dogs also had a good workout as they accompanied their owners.
Once the high-vis waistcoats had been allocated, the Brethren made their way to their respective marshalling points. They were supported this year by the Blood Bike team who provided blue light support to the walkers. The 160 strong group began their journey around Blackburn at 9.00pm with the back markers making it back to the Hospice around one and a half hours later, all enjoying their hot drinks and sausage butties on their return. A nice touch this year was the walkers turning to a display of lit candles each representing the person they were walking for, and with the money pledged, it is hoped the event will raise nearly £14000 for much needed support for the hospice.