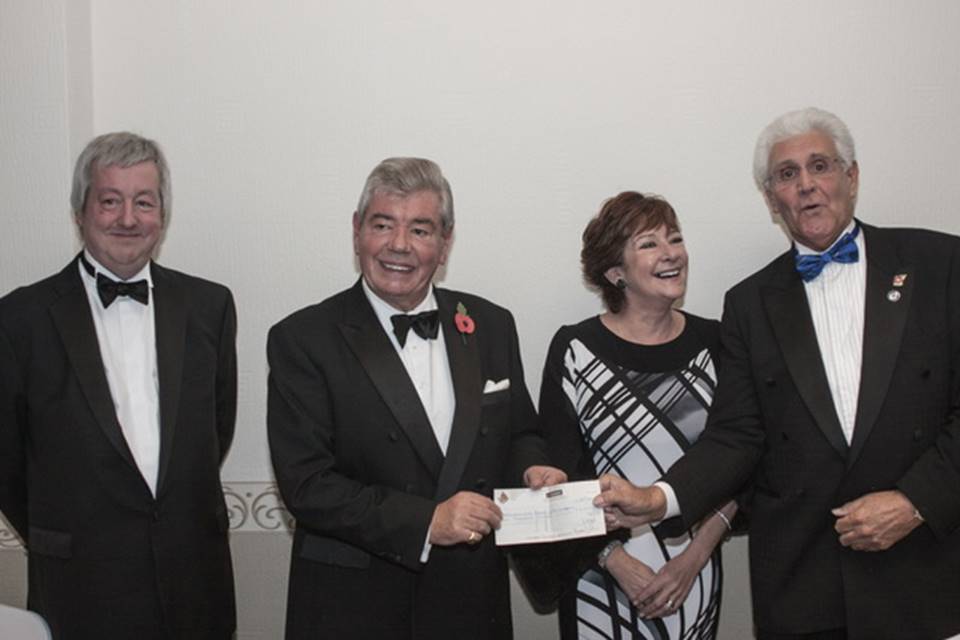 At ECCLESHOLME Annual Gala dinner for the Association of Friends of Ecclesholme Benevolent Fund,  which this year was hosted by the Southern Area in East Lancashire Province. Sir David Trippier and his wife Lady Ruth were the principal guests. The evening was a splendid affair with 170 people dinning at a wonderful banquet laid on by Audenshaw Masonic Hall. The raffles made in excess of £16,600 and more donations are yet to be counted.

Groups from West Lancashire & Cheshire Province were again supportive of our sister province and Assistants, Group Chairmen and Executive Group Officers and and their partners enjoyed the event along with the committee members and their ladies and there were a large number of other brethren and their ladies supporting this wonderful fund raising event.

The toast to the visitors was given by Stan Bibby the Association Representative for Manchester lodges /chapters meeting at Bridge Street. He welcomed all of our visitors on behalf of the committee members but more so on behalf of Don Roberts, a past Chairman of the Audenshaw District, the Southern Area representative and Association’s Trustee on the RMBI council and who had regretfully fallen recently and was unable to attend the event, which he had so ably planned and organised with the current Southern Area Chairman

On his response to the toast the President thanked everyone for the continued support and for the continued fund raising done by  both east & West Lancashire Freemasons  He explained in some detail the amounts of money which had been raised over the years and the benefits that had been provided for our residents which hopefully will continue.

He mentioned that the next host of the Gala Dinner was to be the founders of the event the Leigh Group, this is to take place at Leigh Masonic Hall during June of 2017.

Other photos show Lady Ruth and the Provincial Grand Master of East Lancashire during his address in proposing a toast to the Association of Friends.

Lady Ruth addressed everyone at the end of the evening and thanked the committee members for their wonderful gift of an orchid which she had received when Sir David had opened the 2013 Christmas Fair and she had still got the plant which she said was the best orchid she had ever owned.

Stan Bibby gives the Toast to the Visitors