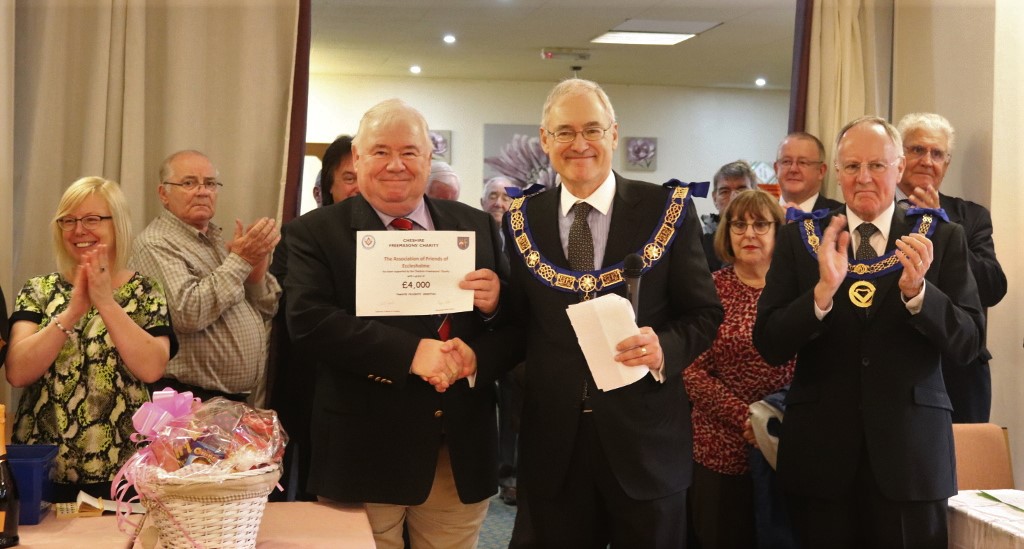 Sunday the 9th June saw the annual Friends of Ecclesholme Summer Fair held at Elm Bank Masonic Hall, Half Edge Lane, Eccles.
The event was supported by East and West Lancashire and Cheshire masons. This year the Right Worshipful Brother Stephen Blank, the Provincial Grand Master of the Cheshire Province officially opened the fair, and, in doing so, presented WBro Peter Hegarty, chairman of the friend’s group, a cheque for £4000.00 from the Cheshire Province.
The crowds were entertained with music played by the Greenhall Brass Band as they visited stalls ranging from home baking, tombola, plant stalls and the TLC Bears: something for the whole family.
The amount raised by the fair will be announced at a later date

Script and photos by