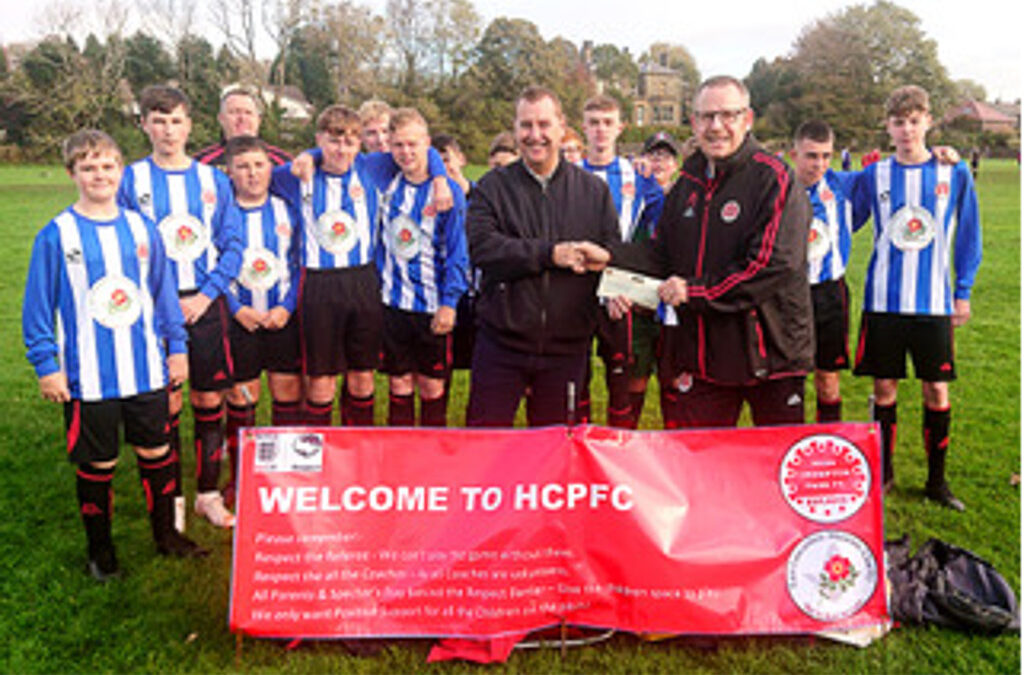 On Saturday 20th October, the Rochdale District Charity Steward WBro Kenny Greer was delighted to present a cheque for £600.00 on behalf of the ELMC to Peter Shipton, the Chairman of High Crompton Park FC. Peter expressed his thanks on behalf of all those involved with the club.
The grant will specifically be used for ‘Man of the Match’ awards for three teams, the respect banner and the u15’s shirt sponsorship both highlighted in the attached picture. In addition any surplus monies will be used to fund extra winter training costs.
Peter was delighted to receive the cheque saying ‘the grant enables the club to maintain their high standards and allow children to continue to play football whilst looking the part. The banner reminds the children and their parents of their responsibilities while representing HCPFC and the Man of the Match awards are a nice reminder of when the kids play well’.