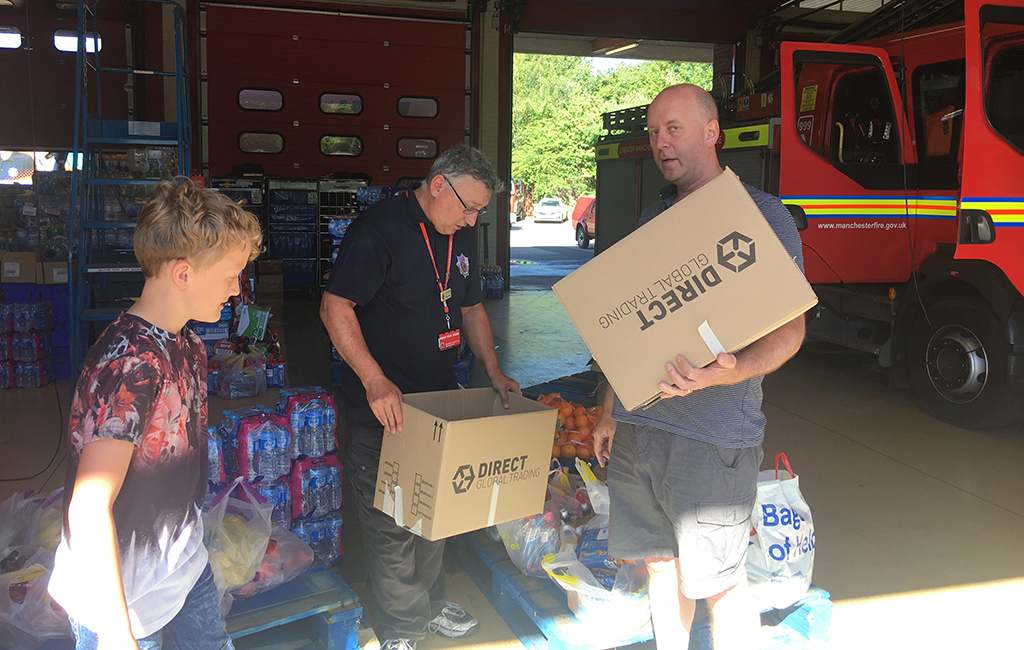 Everyone has heard about the moorland fires in Stalybridge. You will be pleased to know what action has been taken by the District.
On Tuesday morning our Chairman, Peter Douthwaite received a call from our APGM John Pearson enquiring if there was anything we could do to help the people who had been evacuated. He contacted Tameside Council and offered the use of Mossley Masonic Hall and any other help we could give.

Later that week there was an appeal from Stalybridge Fire Station asking for energy drinks, blister plasters and isotonic tablets. Immediately our Charity Steward Stuart Tennant, and his grandson Lucas went along to Asda and spent around £200 to get the items needed and took them along to the Fire Station. The funds for this were provided by the Province’s Emergency Fund, which is headed by Chad Northcott. This is the first time our District has been tasked with providing emergency relief, and we will learn more from it.

At about the same time, Mark Reader, the Audenshaw Charity Steward, took more supplies to the Fire Station. He is shown here in front of a huge pile of resources that had come in from the Community in support of it’s Community Fire Service.
Our thanks go to Stuart, and Lucas, as well as to Mark and the brethren of Audenshaw for responding so quickly in getting the items to the hardworking Firemen and Women. Thanks also go to Ken and Sarah Hampson who were on standby at Mossley Masonic Hall. Well done to everybody.