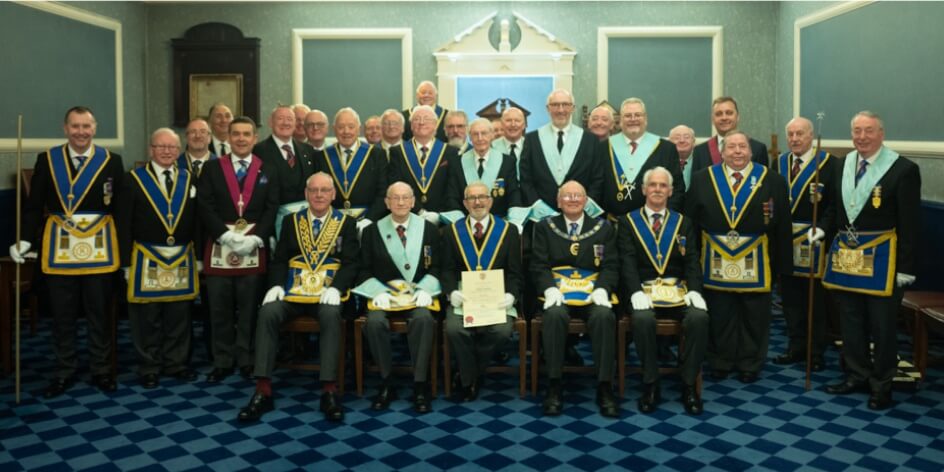 On the afternoon of Wednesday the 23rd of March 2022 the Master of Duke of Athol Lodge 210, WBro David Pestle PProvGSwdB, offered the gavel to the The Assistant Provincial Grand Master, WBro The Revd Canon Richard Hawkins PSGD. On this occasion the APGM accepted the gavel and invited WBro Jack Gibson PProvDepGDC to take a seat within the centre of the Lodge while a series of events and snippets of news items from the past 50 years were recounted. These included the results of football matches, songs that were in the charts, political leaders and occurrences such as the miners strike.

The delivery of these events were in some ways similar to a quiz in that they were presented as open questions thrown out to all of those present. The WM of the Lodge proved an excellent quiz contender by getting many of the answers correct, so many the APGM quipped that it was perhaps due to the fact he was sat next to him in the IPMs chair and therefore may have sight of the answers. Alas this was not the case, just a display of good recall.

The events mentioned served to recall significant years in the Masonic career of WBro Jack Gibson as they covered the time from when he was first initiated into the lodge 50 years ago, and running through his raising and the first time he took the chair of the lodge in 1984 (at the time of the miners strike with Margaret Thatcher as Prime Minister).

Many looking at the photographs from the evening may wonder why Jack is wearing a rather used MM apron. This is a result of WBro John Davis exchanging it as he recounted the strong connection between Jack and members of the Davies family, both in their working lives and their Masonic lives. Jack was initiated into Duke of Athol by John’s father. John’s father then placed his own MM apron on Jack at his raising. After Jack received provincial honours he passed his MM apron back to John’s brother Geoff when he was Raised in the Duke of Athol. So the apron having done over 50 years of service is now returned to its original owner. All of these occurrences were also memories of events from the last 50 years of WBro Jack Gibson’s service to the very old and venerable Lodge. A lodge that has been a big part of Jack’s life and continues to be so. 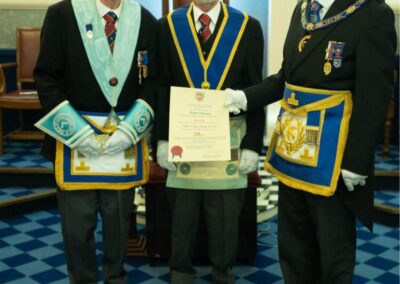 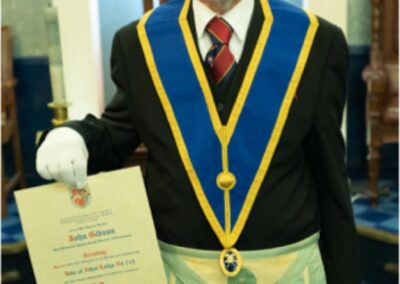 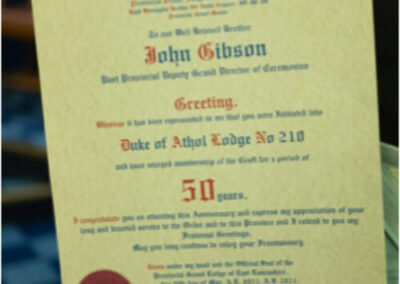 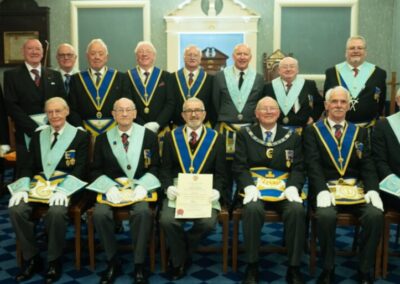