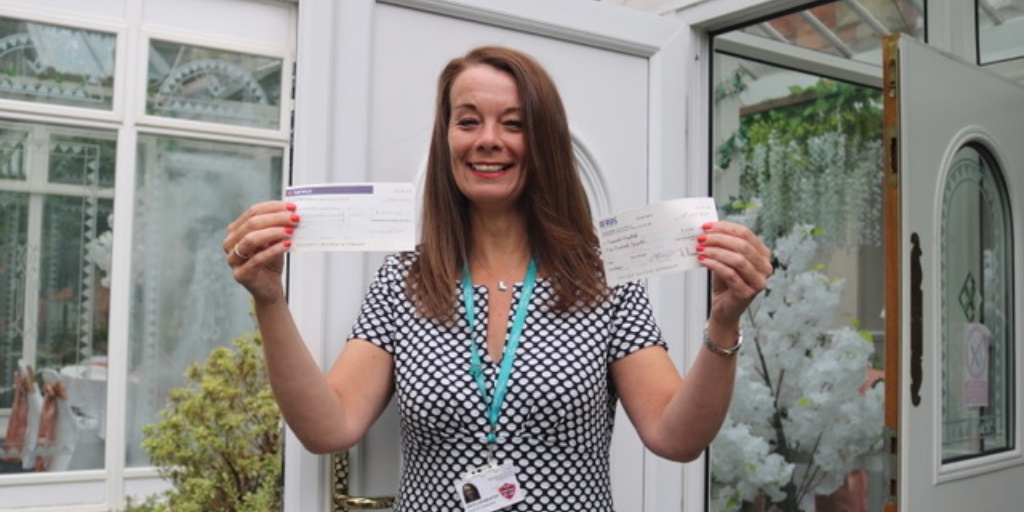 The presentation was at Albert House, Ashton Masonic Hall, Jowetts Walk where a break in the weather allowed all the assembled to meet outside, on the steps leading into the building. Canon Richard Hawkins explained to Kate that the donation was a part of the funds that local Freemasons had raised as a way of Freemasons saying thank you to all in the NHS for the outstanding effort and individual sacrifices that every frontline worker had selflessly given during the pandemic. Kate responded by saying it was good to find organisations where individuals were generously donating funds and raising such large amounts of money at a national and community level for the benefit of society as a whole, She commented that all of the frontline workers in the NHS would be heartened to know that they had such a fantastic amount of support.