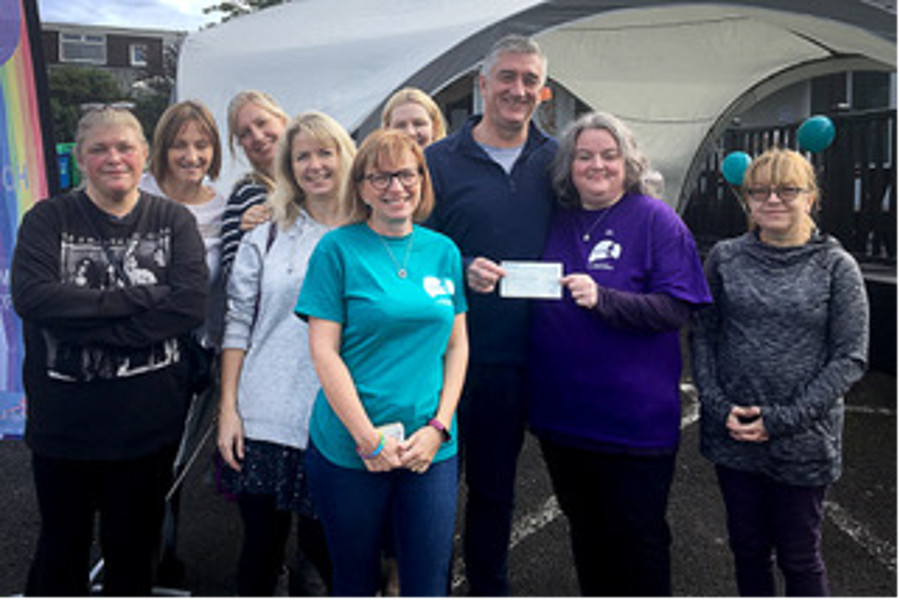 On Sunday 8th October Papyrus, a Charity which raises awareness for the prevention of suicide in young people, held a Hope Walk. The walkers had an option of walking five, ten or twenty miles during the day. Mrs Sarah Fitchett, a trustee of Papyrus and Mr Peter Fitchett, a member of Probity & Freedom Lodge No 367 organised the event in memory of Ben, their son, who committed suicide five years ago. Mrs Fitchett was one of the presenters at the Rochdale District’s ‘Celebration of Charitable Giving’ evening and had spoken with such dignity and compassion relating to her own family’s loss and the stigma of suicide in general and the role she now has as a trustee of Papyrus.
Members of P&F Lodge 367 and The Rochdale Masonic Social Committee (RMSC) volunteered as marshals for the event. Around forty teams totalling over 230 walkers completed their walks throughout the day finishing at The North Star for well deserved refreshments and potato pie.
One of the RMSC committee members WBro Andy Evans (who is also a member of P&F Lodge 367) was delighted to hand over a cheque for £250.00 to Papyrus from the RMSC for the outstanding work they do in preventing further loss of life. Accompanying WBro Evans in the phot were helpers of the event who had just completed their five mile walk.