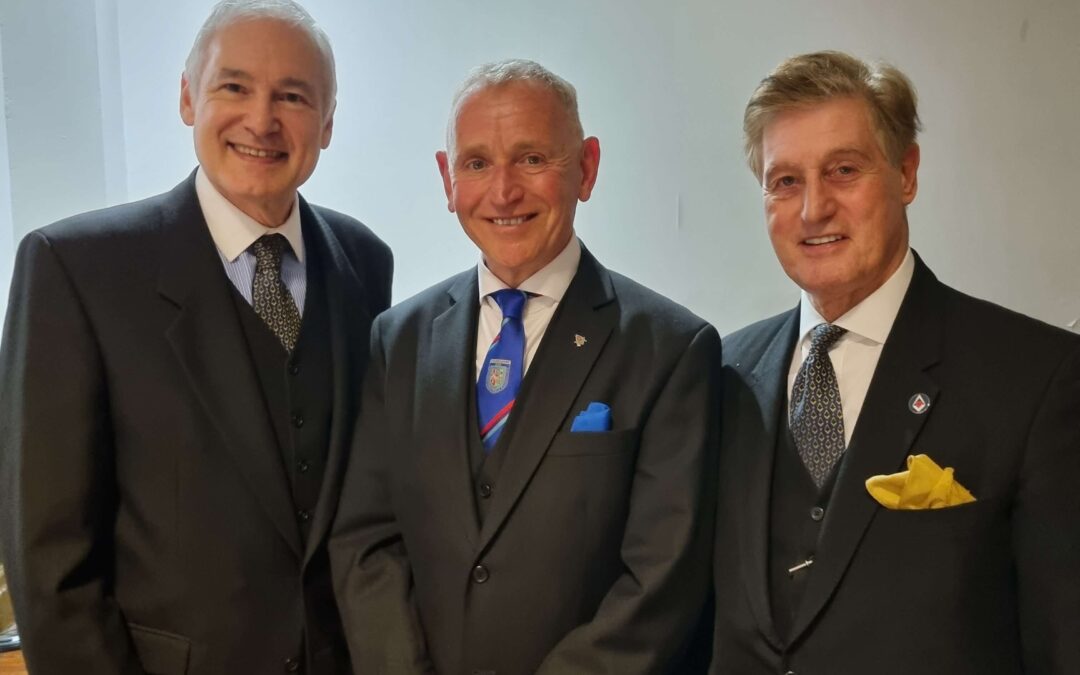 PRESS RELEASE
The 29 March 2022 was a special day even in the 300-year history of the United Grand Lodge of England (UGLE), the umbrella organisation for Freemasons in England and Wales. It marked the day when Robert Frankl, became the head of the Freemasons of East Lancashire, alongside Stephen Blank and James Newman as Heads of Cheshire and Yorkshire West Riding Freemasons respectively. All three have been friends for many years and all are Jewish, one of the many faiths that Freemasonry encompasses.
Stephen, who lives in Altrincham Cheshire, has been head of Cheshire Freemasons for seven years, said “we are not the first of the Jewish faith at such a senior level within Freemasonry, but this is certainly the first time in living memory that there have been three in such a high office at the same time. My term of office comes to an end in a few weeks, so we wanted to make sure this moment was recorded”.
Robert, who is from Didsbury in Greater Manchester, said “Freemasonry is open to men of all faiths and backgrounds. I am confident that before long other minority religions will be appointed to a similar or even higher positions in UGLE. Men of all religions have a common bond in Freemasonry, which can only be to the benefit of society as a whole”.
James who lives near York and became the head of Freemasons in Yorkshire West Riding only a week before, was previously the Chairman of Trustees of the Freemasons’ national charity, the Masonic Charitable Foundation. He said “Freemasonry is about integrity, respect and friendship but also charity. Last year Freemasons gave over £50 million to charity and good causes and all of that money was raised from Freemasons and their families. In addition, Freemasons contributed over 18 million volunteer hours to their communities over and above their commitment to Freemasonry”.
__________________________________________________________________________________