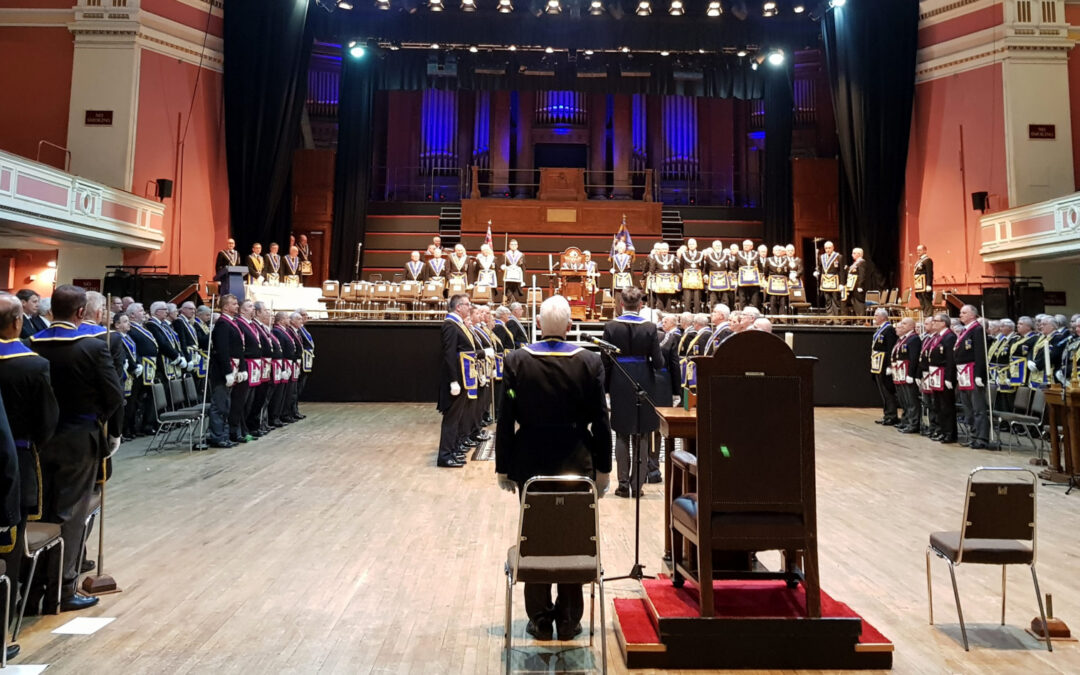 A grim and cloudy Thursday morning turned into a lovely afternoon not just because of the weather; yes it’s Provincial Grand Lodge. Close to 1000 members from across the province and the country attended the meeting at King George’s Hall Blackburn.
In this, our tercentenary year celebrating 300 years of the World’s first Grand Lodge, the Provincial Grand Master Sir David Trippier referred fondly to each of the events the province of East Lancashire has laid on this year, all of which he and his good lady attended. Firstly in June the Tercentenary Dinner at the Macron stadium, Bolton; the Teddy Bears Picnic in July; the Cathedral service in September and finally the Tercentenary Gala Concert in October. It truly has been a year to remember.

Huge numbers of the attendees stayed for the meal and literally packed out the dining room. It’s definitely getting busier every year! Speeches all round and an excellent evening enjoyed with friends.

Definitely a day out Brethren and certainly one you will wish to attend next year. Book early!
PGM Address, more images and honours list: https://www.pglel.co.uk/provincial-grand-lodge-2017/
Author: Alan Ogden