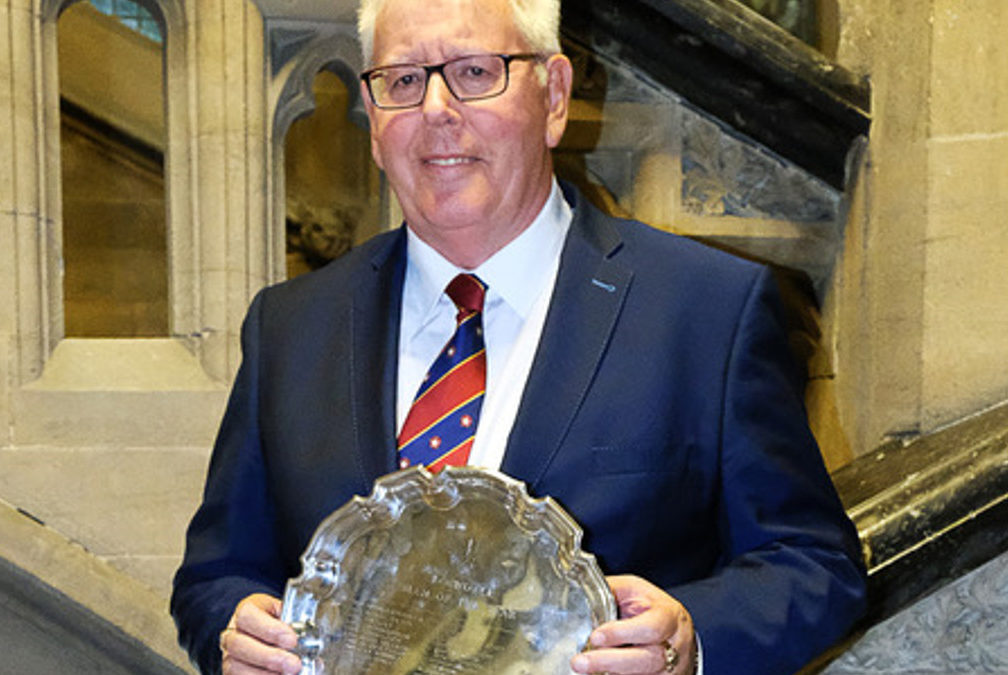 On Friday 24th November, charity champion John Swinden of Liberty Lodge better known locally as the Singing Jeweller was elected as Rochdale Man of the Year 2017. John has raised many thousands of pounds over the years for a range of good causes.

In the last 12 months he raised over £6500 from just a single concert. John was presented with the Man of the Year trophy by last year’s winner Alan Wrigley.
Rochdale Man of the Year has been held annually since 1994 and is organised as a fund-raising event by Springhill Hospice with the support of the council.

The article was taken from the Rochdale Observer date – 29th November.