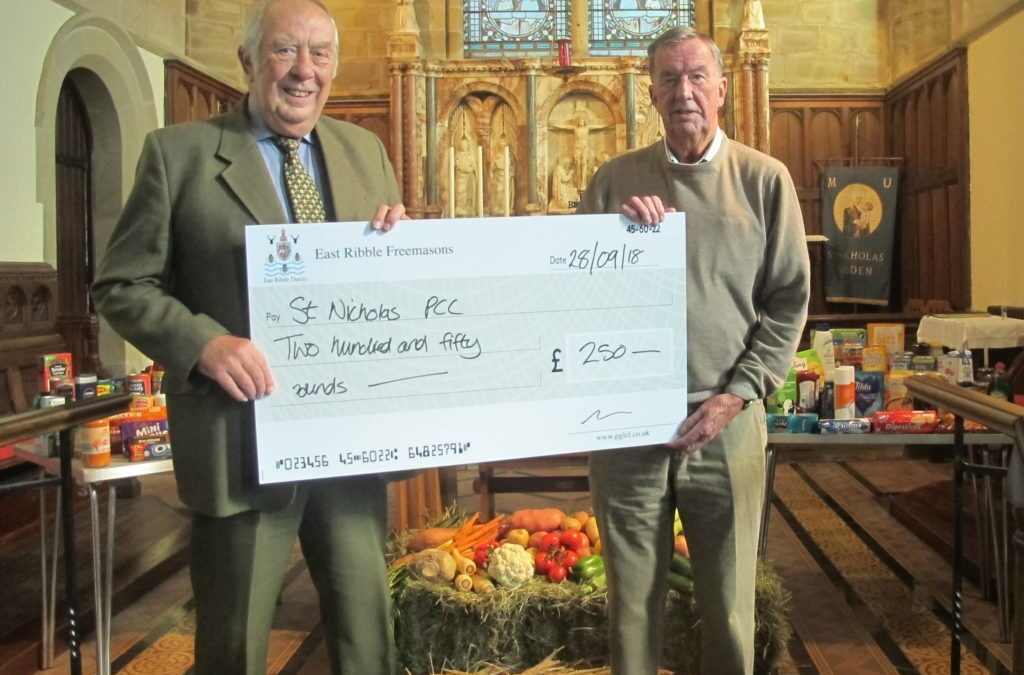 Back in 1846 St Nicholas’ Church in Sabden was financed by Le Gendre Nicholas Starkie who was a Member of Parliament and a prominent Freemason, who became the Provincial Grand Master of the Western Division of Lancashire.  His son of the same name was High Sheriff in 1868 and MP for Clitheroe and he too was a prominent Freemason, becoming Provincial Grand Master for the Eastern Division of Lancashire from 1870.
Following the completion of previous extensive restoration work on the church, twelve months ago the congregation were disappointed to discover that further work would be necessary to treat dry rot in the vestry and chancel roof.
WBro Peter Hargreaves  is a member of the congregation and previously the District Chairman for the old Accrington District, contacted the East Ribble District Charity Steward to see what support could be given? Following the harvest festival WBro Peter Hargreaves (on the left) presented Colin Hartley, one of the Churchwardens with a cheque for £250 on behalf of the East Ribble District Charity Stewards towards the current restoration work.