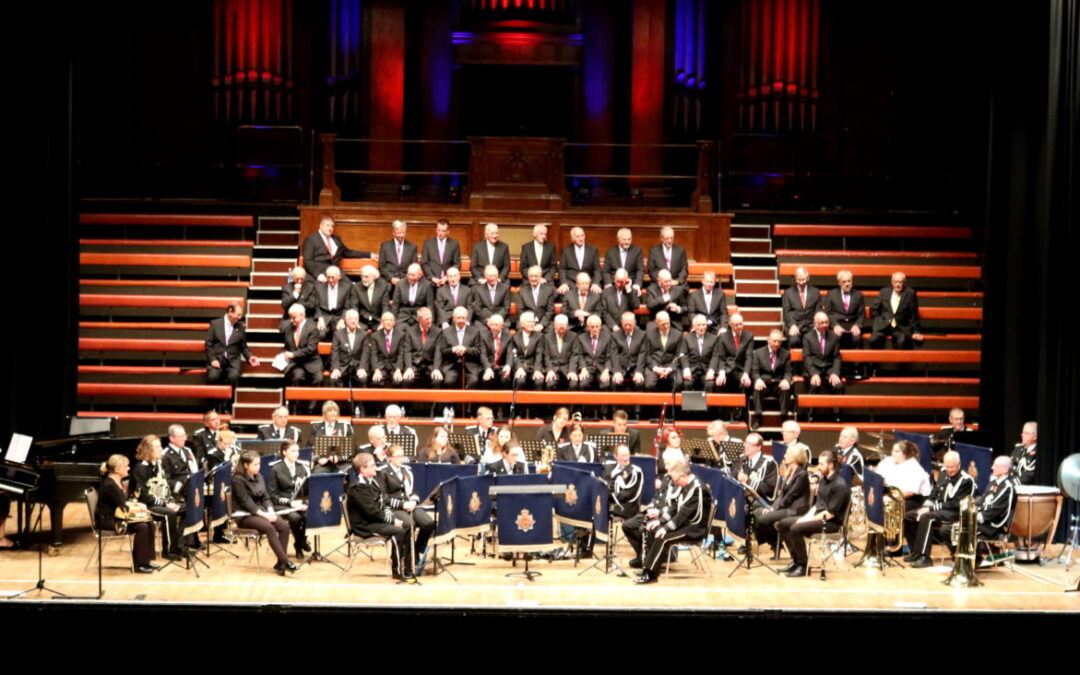 Freemasons from around the province and further afield, along with their family and friends attended a wonderful concert on Saturday 28th October at King George’s Hall, Blackburn.
With pieces covering the 300 years since the formation of the world’s first Grand Lodge, attendees were entertained by the Haydock Male Voice Choir, The Greater Manchester Police Band, and Mezzo Soprano, Jill Taylor.
Link to Gala Concert Programme: http://bit.ly/2yUMIhI
Link to more images: http://bit.ly/2hkZxI9 (Full resolution images on request)
Haydock Male Voice Choir (HMVC) is a group of 60 men who enjoy the challenge and personal satisfaction of singing together in harmony. The HMVC recently achieved second place in the prestigious ‘Isle of Man Festival of Choirs’ competition and as a province, we offer our sincere congratulations.
The Greater Manchester Police Band was formed in Salford after the funeral of a police officer in 1877. Originally made up of serving police officers, the band performs military-style music at a range of events in the Manchester area.

Jill Taylor has an eclectic range of singing engagements. In solo recitals she has performed in the Lake District, Stoneyhurst College, The Walker Art Gallery in Liverpool, Rochdale Midday Recitals and Preston Midday Recitals.

As the final event of the East Lancashire Tercentenary celebrations, this was certainly a fitting event rounding off outstanding efforts from members of the province to make this a Tercentenary year to remember.
Article by Alan Ogden