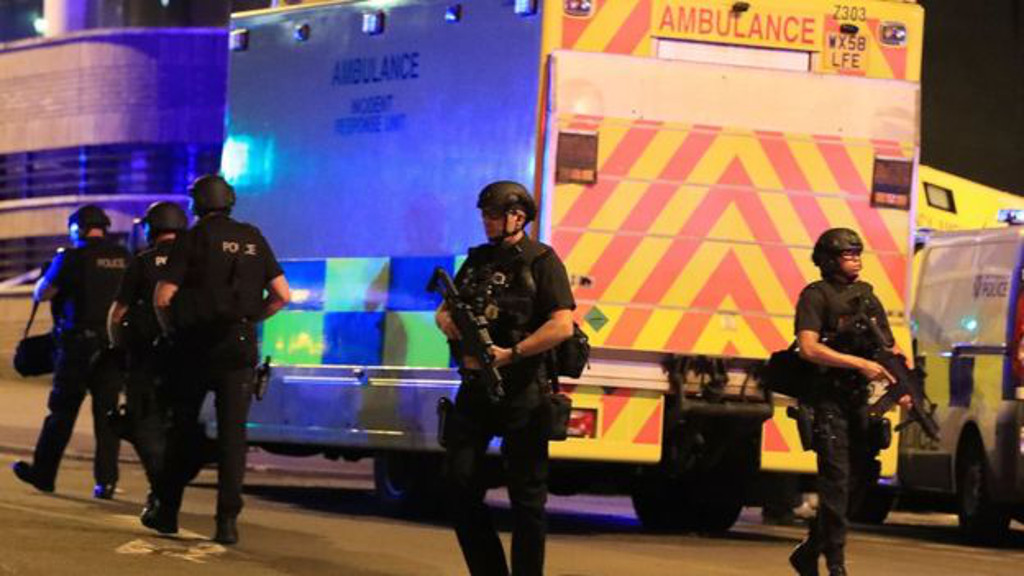 The Province of East Lancashire is very humbled to announce that the fund we  opened via our own charity to help those affected by the terrorist attack in Manchester has reached £250.000.00.

The appeal is now closed

The terrorist attack on May 22nd, 2017 at Manchester Arena will be in our minds forever, and our thoughts continue to be for those affected.
As soon as we heard the news, the Province of East Lancashire launched an appeal to help those affected, with an initial donation of £10,000 from the East Lancashire Masonic Charity. We have been astounded by the response. Donations started coming in from members in our own and adjacent Provinces, but then also from across the UK, from as far afield as Guernsey and Middlesex, even some International donations. Karen Hall, the ELMC Administrator, arrived at work every morning to a small mountain of envelopes and a list of emails pledging support, and we are grateful to Karen for the additional work involved in collating the donations and responding to those who had given. These donations continued even after we had closed our Appeal, and in total we had received some £238,000. The ELMC made the total up to a Quarter of a Million Pounds and Chairman of the ELMC, Assistant Provincial Grand Master Chad Northcott, with Karen Hall, had great pleasure travelling to Manchester to present the final cheque bringing the total given to £250K.

Karen (right) and Chad (centre) met with Mrs Edith Conn, OBE, JP, DL BA (Hons), President of the Greater Manchester Red Cross (pictured left) and Vicky Rosin, MBE,, Chief Operating Officer of the WLMEF charity to hand over the cheque and learn more about how our funds have been used. In total to date some £21M has been raised and centralized in a separate ‘We Love Manchester Emergency Fund’ (an offshoot of the Lord Mayor’s We Love Manchester Fund). So far over £15M has been distributed. Various partner agencies including Victim Support, GM Police, NHS, the Manchester Evening News and the City Council have come together drawing on the support of Red Cross expertise, with 11 Trustees being responsible for distributing the funds in the most appropriate way, immediately after the attack and now ongoing as recovery continues. There is limited bureaucracy and the team have made decisions quickly, from supporting families with the costs of funerals to ongoing support for those whose lives have been shattered, or for those with life-limiting injuries. Free legal and financial support is being given by the City’s legal and financial institutions and so many in Manchester are still working together to make a difference.
You can keep up to date with the work of the Fund at http://www.manchesteremergencyfund.com/
#WESTANDTOGETHER

We have received the following message from RWBro David Hodgetts, Provincial Grand Master for Guernsey and Alderney: “Please pass on to the Province the deep sorrow that I and the Brethren of this Province feel on hearing of the news of the atrocity committed last night in Manchester.  Our thoughts, prayers and heartfelt commiserations are with those who lost loved ones and our prayers and best wishes are with those who are injured and their worried families.There is deep shock that fanatics can cause such barbaric carnage. We share in the admiration for the emergency services and for the many acts of kindnesses being demonstrated by the people of Manchester and from farther afield.  Fraternal best wishes.”
From RWBro Alastair Mason, Provincial Grand Master of the Province of Middlesex: “My Provincial Charity Steward, John Briggs, will be making contact tomorrow to make arrangements for a donation of £5000 from the Province of Middlesex to help East Lancashire to assist those so sadly affected by the bombing last night.
I do hope that this will assist – but please do not hesitate to contact John or me if you need any additional assistance with anything”
And from Richard Martin of Menorca Lodge nº 60 is in the Province of the Baleares, in the jurisdiction of the Grand Lodge of Spain: “May we offer our truly heartfelt condolences regarding  the evil act that took place in Manchester yesterday evening. To some extent we are lost for words and we feel a great sadness  but we know that the Masonic community will be at the heart of assistance to the families and friends of those who have died or been injured. Our Lodge tomorrow evening will observe a silence to honour those who have passed away.”