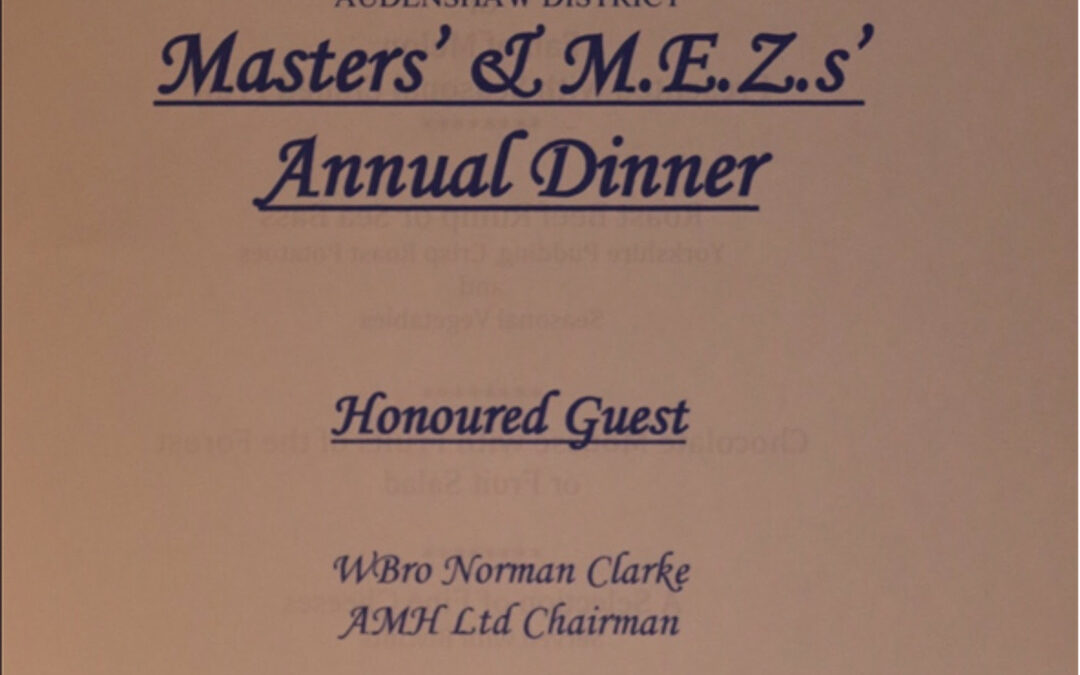 The Audenshaw District Masters’ and First Principals’ annual Dinner was held at Stanley House on Friday 11th May.

It was hosted by the District Chairman, John Cavanagh , with the principal guests being the Assistant Provincial Grand Master, John Pearson and the Assistant to the Provincial Grand Principals, Gerry Hodgson, accompanied by their wives. Around 45 brethren and their guests enjoyed good food and excellent company.

The Honored guest was the Audenshaw Masonic Hall LTD Chairman, Norman Clarke, who was introduced by  John Cavanagh, in his introduction John said about the support he had received, especially from his wife Heather, who on finding out about his promotion to chairman asked “what her allowance would be for a new wardrobe”. John also mentioned that we must keep fun in masonry.

After this introduction Norman elaborated on the support he had personally received all the time he has been in masonry, not only from his colleges but more importantly from his wife Anne, as we all do from our wives and partners. These people enable us to fulfill our true ambitions.
John Cavanagh thanked all the people who had made the evening a success, in particular Nigel Johnson for acting as director of ceremonies for the evening.
Script and photos by Niall Perry