Several enthusiastic teams of four battled it out through 40 challenging questions, a picture round and a music round, to be crowned Burnley & Pendle Champions.

The excitement grew with the aid of a few drinks and the competition was well fought, with the quiz masters decision being final, well almost, with a little help from Bryan Ross!

Halfway through the evening teams were treated to a delicious supper of Pie and Peas supplied by Michael Cody, Padiham’s resident caterer. Then it was back to the action and the last round of questions.

After the questions were completed, sheets were swapped and marked, the tension mounted and then the winning team from Calder Lodge was declared, Chris Swindells his wife Sharon and Duncan and his wide Sandra shone through to claim victory with their superior brain power and in no small part thanks to Sandras amazing musical knowledge. The Calder Team received the Trophy donated by Pendle Lodge, to the acclaim of the fellow quizzers and a prize of one large bottle of Whiskey and one bottle of gin. 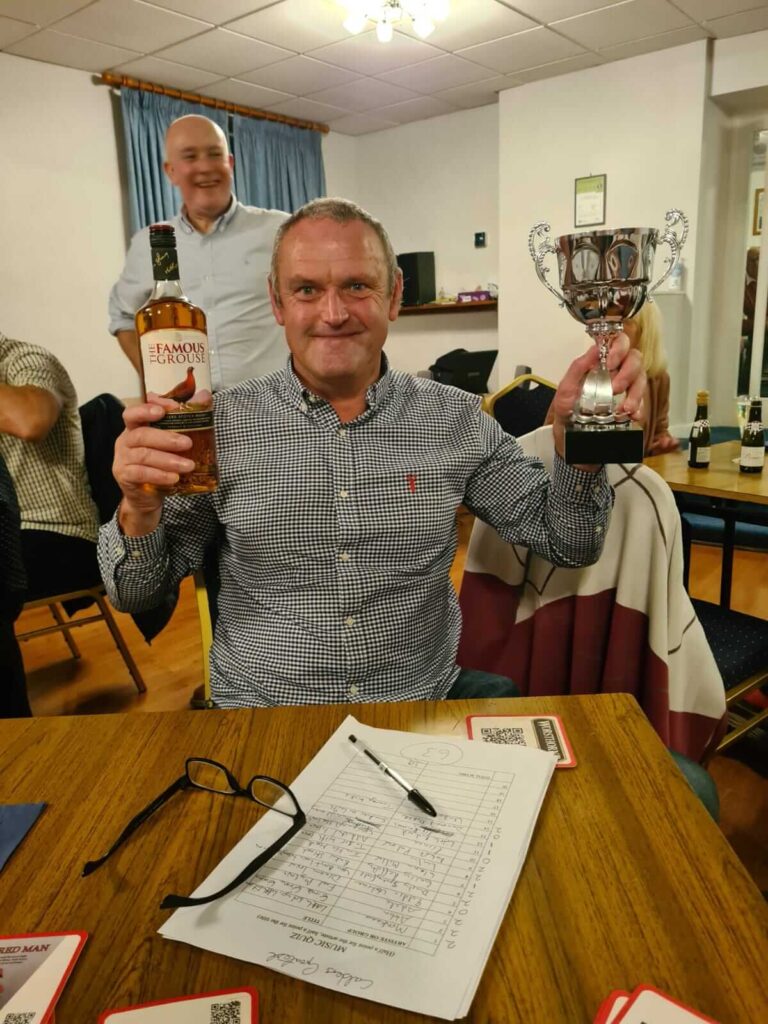 Chris Swindells collects the trophy and the prizes.

A lovely entertaining night which raised over £200 for the Festival 2026, with special thanks to Rachel at ELMC for the posters and Chris Henthorn for supplying the questions, pictures and music.