The Lodge of Perseverance No 345 make numerous donations to charities 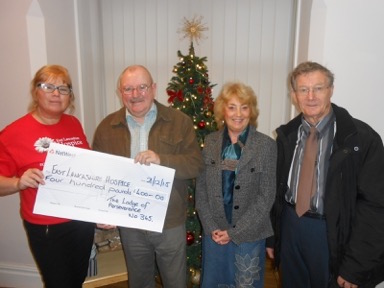 Thursday, 17th December 2015 saw WBro David Bedford, PProvDepGReg installed again as Worshipful Master of The Lodge of Perseverance No. 345. The Travelling Gavel also moved on at the same meeting as previously reported.

However, during the meeting the Lodge made numerous large donations to a number of charities. They donated £400 each to East Lancs Hospice, Derian House childrens hospice and the NW Air Ambulance. They also donated £1200 to the ELMC and £100 to the Blackburn Masonic Hall.