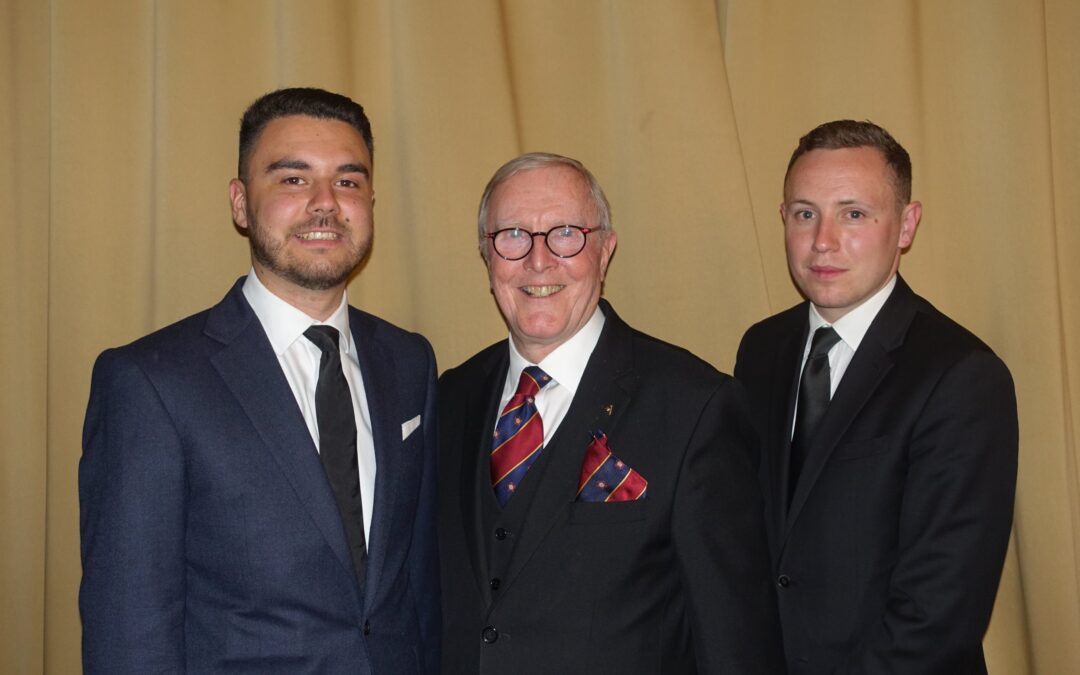 On Friday 3rdMay 2019, Lodge of Friendship No 44 was delighted to welcome WBro Chris Welton PSGD, Assistant Provincial Grand Master, accompanied by a Delegation from the Manchester Districts.
After the Lodge had been opened by the Worshipful Master, WBro HSP (Steve) Keable PProvSGD, there was a report and WBro Welton demanded admission.  Once he and his delegation had entered the Lodge and assumed their seats, WBro Keable was pleased to offer the gavel to the Assistant Provincial Grand Master.  On this occasion, he declined his kind offer but took the opportunity to introduce the members of his visiting party.  WBro Chris Prax, City Sykes District Chairman; WBros Roy Chapman and John Slater, District Mentors; WBros Dean Wheeler, Bill Lister and Andrew Greenhalgh, Royal Arch District Officers (who he specifically thanked for the great support he had received from them during this Masonic year, and the great job they were doing in proselytising the Holy Royal Arch in Manchester);  WBros Nick Davis and Paul Trainor, Manchester Provincial Acting Officers of the Year, and of course, City Derby District Chairman, WBro Paul O’Carroll, a member of Lodge of Friendship No 44. Having completed his introductions, the brethren of the Lodge warmly welcomed their guests.
The main Business on the Summons was to initiate Anton Slawycz and Nicholas Glen Jones, which was worked in a most sincere and accurate manner by the WM and Officers of the Lodge.
There followed a presentation from the Lodge of £500 to Mustard Tree Charity. This was gratefully accepted by the WM on behalf of the Charity.
When the initiates had restored themselves to their personal comforts and re-entered the Lodge, WBro Welton, typically in a gesture that has helped to endear him to all Brethren in Manchester, crossed the Lodge to personally welcome the Candidates to Manchester Masonry and this fine old Lodge in particular.
Finally, the Brethren were treated to ‘Nuggets’ from Solomon, our UGLE on-line Learning Resource, worked by no less than eight young Brethren of the Lodge in a dignified and precise manner. For most of us in the Lodge Room, it certainly served as our ‘daily advancement’.
The business of the lodge being concluded, the Worshipful Master closed the Lodge and the members of Friendship and the guests enjoyed a very memorable Social Board (so much so that your author missed his train back to the wilds of Lostock!).