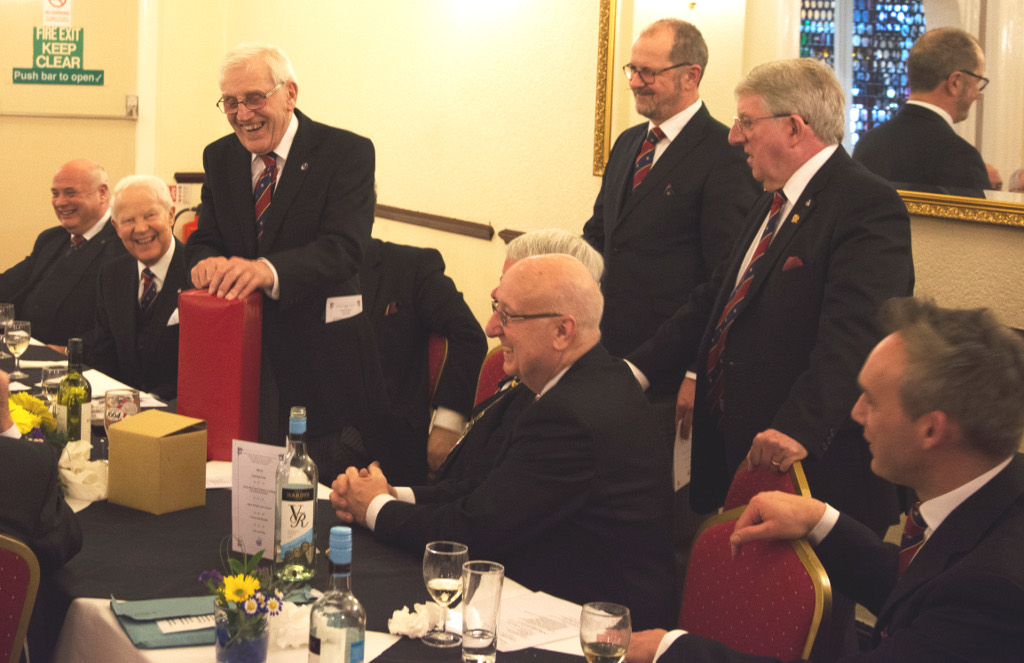 Bury Lodge of Relief No. 42 held their February meeting, on Wednesday 21stFebruary 2018, in honour of Maurice Askew Birch, Past Provincial Senior Grand Warden, who was celebrating his Golden Jubilee in Masonry.
The principal guest was the Western Area Provincial Grand Master, John Griffin, who was accompanied by a district delegation. John Griffin was offered and accepted the gavel after which he conducted the 50thcelebration. Jeremy Aston delivered a tribute to his dear friend, Maurice in the only manner Jeremy does such things.
John Griffin presented Maurice with his certificate and letter from the Provincial Grand Master, Sir David Trippier.

After the business of the evening had been concluded one and all retired to the social board. Bury Lodge of Relief know how to host an excellent social board and this one was no different. Great food, company and conversation. John Griffin briefly responded to the required toasts after which Ray Sullivan gave the toast to Maurice. Maurice’s response was, as you would imagine, witty and inspirational. A great evening was had by all.

Thanks must go to the members of No. 42 who clearly put the work in to make this a special evening for Maurice and all those in attendance.
Report and Pictures by Leigh Rickett