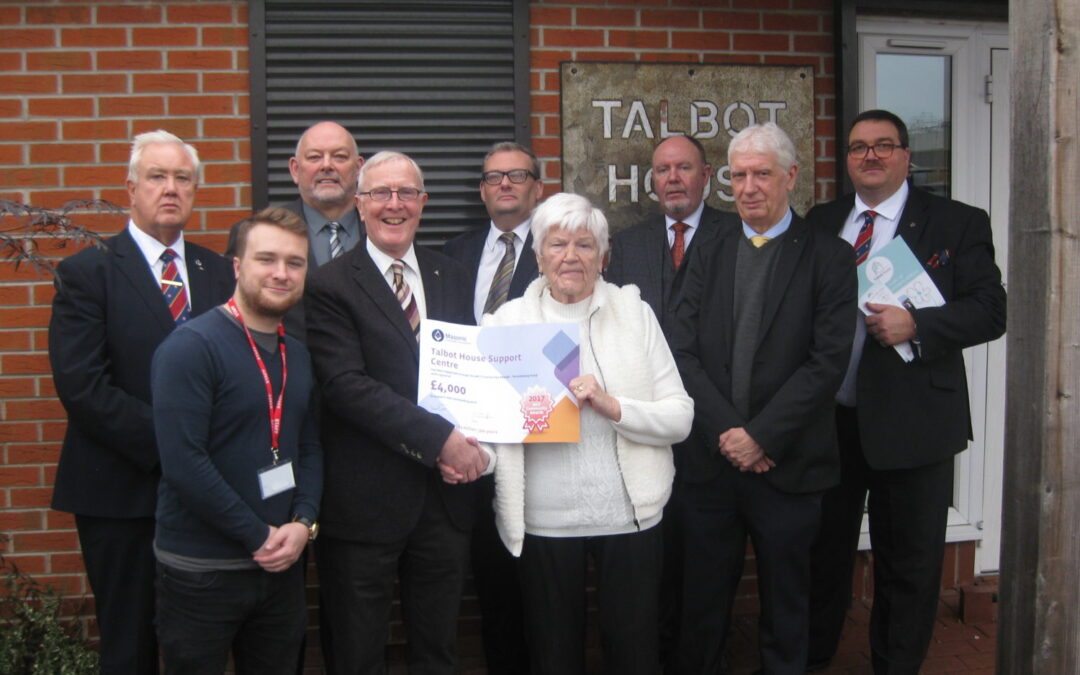 WBro Chris Welton, Assistant Provincial Grand Master for Manchester presents Bernie Wood, General Manager of Talbot House, with a cheque for £4000.
Talbot House has been supporting the families of people with learning disabilities in Manchester since 1976.
It started as a play scheme organised by four parents of children with complex needs. The play scheme was a success but the parents quickly realised that the biggest positive outcome was that they were able to share their experiences and support each other in a way that no other service could.
Bernie has been the General Manager of Talbot House Support Centre for 25 years. She has five children, and the youngest has Downs Syndrome. She came to Talbot House in 1978 searching for the support she desperately needed. Now she and the team support other parents.

Bernie said “this is a serious amount of money for us and will help us continue to support all those carers of children with disabilities and particularly our new THRIVE service”.

Thrive is a new programme that supports older parents of children with disabilities.

“People forget that parents still have to care for their children, even into their 70’s, 80’s and 90’s. Thrive deals with their immediate needs and then looks and plans for the future”.