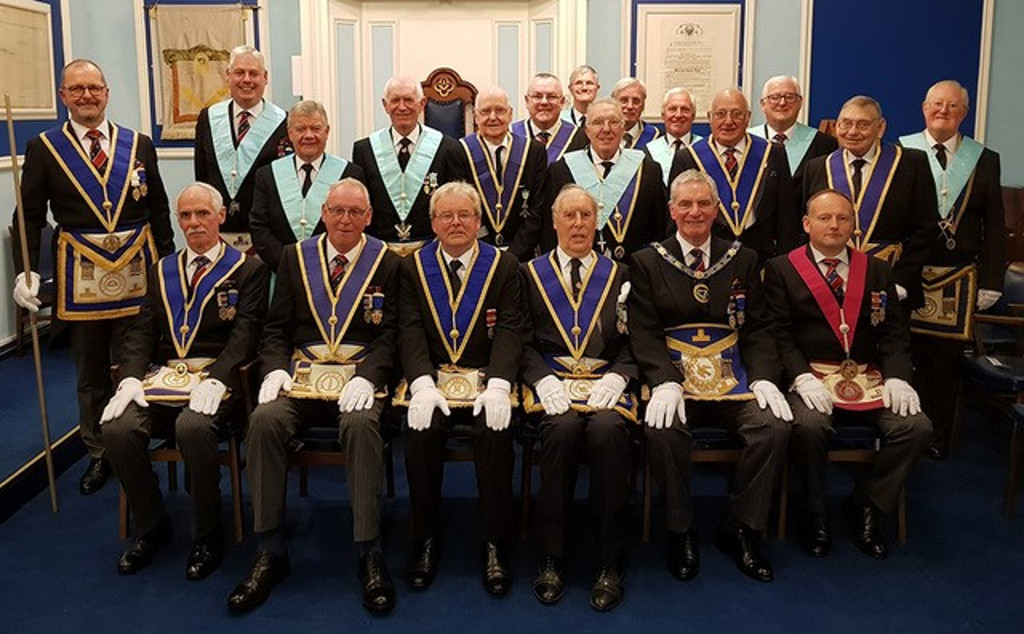 Alphin Lodge was delighted to host the 50 year Anniversary of their WBro Brian Smith.
Brian’s Mother Lodge was Unity No 1868 in which Brian was initiated on 26th April 1967.  When Unity closed in 2004, Brian chose to join Alphin and has been a real stalwart of our Lodge ever since. He is held in the highest regard among the Brethren.
WBro John Pearson PSGD APGM headed the District Delegation which attended this auspicious occasion to honour Brian.
It was a special night for Brian, not only because it celebrated his 50 years in Freemasonry but because it was attended by some of his former Brethren from Unity Lodge. One of them, WBro Kevin Hooson, paid a wonderful tribute to Brian recalling aspects of his private and working life as well as his life in Freemasonry.

John Pearson paid his own special tribute to Brian at the end of which he presented him with his Certificate in Celebration of 50 years in the Craft. He then chose to conduct Brian around the Lodge personally, to particularly mark the fact that 50 years earlier it had been his father who, as Junior Deacon, had conducted Brian through his initiation. John’s father also played a significant part in the Founding of Alphin Lodge.
WBro Norman Walker PProvDepGDC, the Worshipful Master of Alphin Lodge, then presented Brian with a set of Miniature Working Tools as a gift from his Lodge.

At the Festive Board we were served with a most enjoyable meal accompanied by the convivial atmosphere which served to mark the importance of this occasion.