Association of The Friends of Ecclesholme 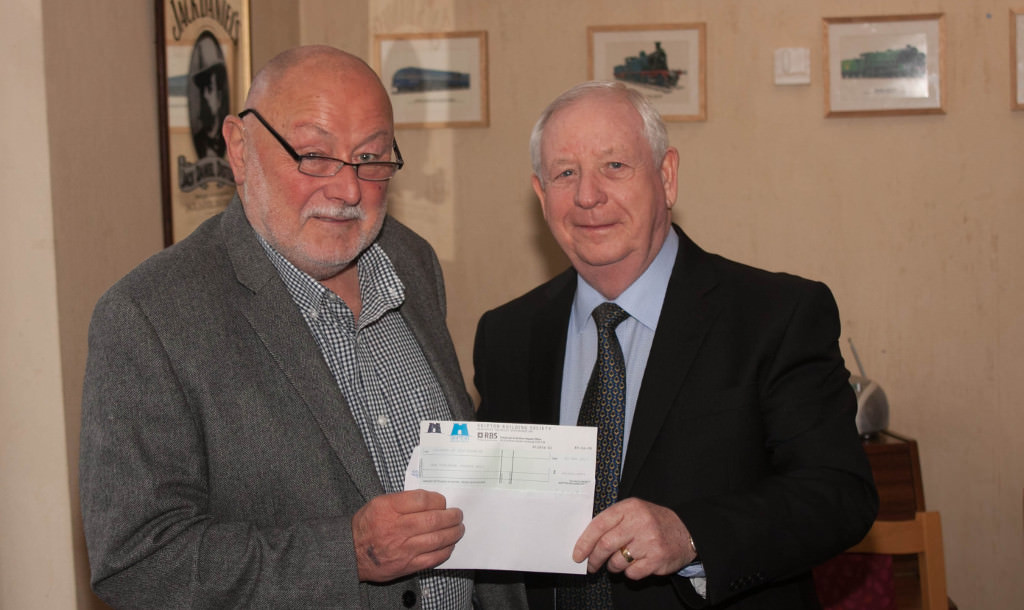 At the Association meeting recently, the Chairman and Treasurer of the West Lancashire Masonic Charity Bowling Tournament, namely Harry Cox and Len Hart were present. Also in attendance was Laurie Scott, President of Tithebarn. All were welcomed by Stan Bibby, Chairman of the Association. Harry, on behalf of the Bowling Tournament,  made a very generous donation to both Stan, on behalf of the Association, and to Laurie, the Tithebarn President, for the sum of £1000 each. Stan and Laurie on behalf of Ecclesholme and Tithebarn recipients thanked Harry and the bowling tournament members for their generosity.