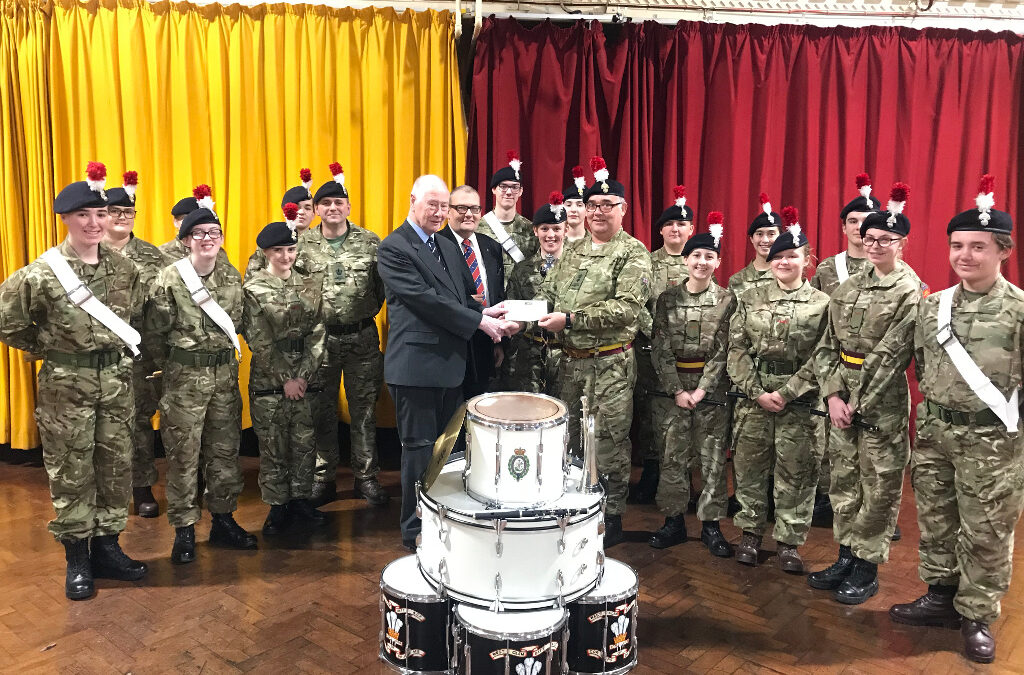 On Wednesday 29 November 2017, WBro Stephen Thomson, City Sykes District Charity Steward and WBro Derek Bryant, Charity Steward for Albatross Lodge No 6164, had great pleasure in presenting a cheque from the East Lancashire Masonic Charity to the Corps of Drums Detachment of the Greater Manchester Army Cadets. A cheque for £1458 was gratefully received by their Commander, Lt Col Taylor.
The Corps of Drums was established at the Castle Armoury, Bury in October 2016 and now boasts a compliment of 18 Cadets. The majority of their current instruments were ‘begged and borrowed’ and would be considered by many as vintage. This grant from the East Lancashire Masonic Charity will allow them to purchase a brand new set of Drum’s and Fife’s, which we learnt is the official name of the b-flat flutes they perform with.
Once the cheque had been presented, the delegation was fortunate enough to listen to the Detachment perform. They were incredibly impressed and later surprised to learn that the vast majority of the youngsters had joined without any prior musical ability. Over the past twelve months they had developed very quickly and in many cases, the more advanced individuals would then go on to teach the beginners in the group.

Lt Col Taylor told us that their development had been limited by the quality of their instruments but hoped with their new instruments, they will now be able to advance even further and reach their full potential.