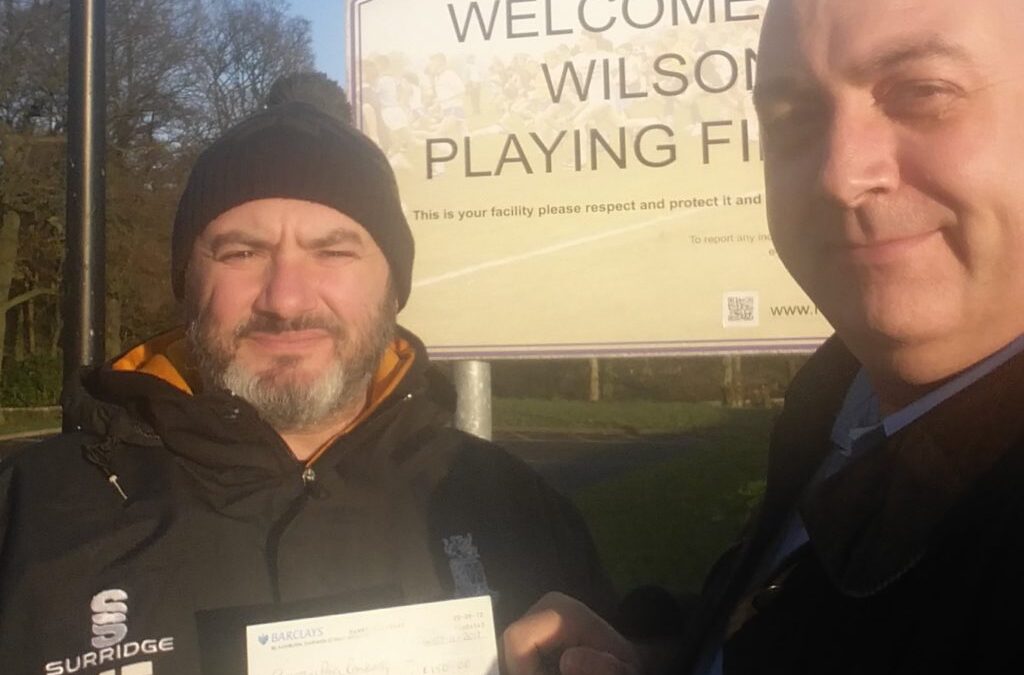 Clayton Park Rangers Football Club, were recently devastated when a shed that contaminated their team kits, training bibs, cones, goal nets and balls was deliberately set on fire.
Clayton Park Rangers was founded in 2004 as a local community youth football club based in Clayton Le Moors. The club, has an under-13’s team, but had plans in place to launch more youth teams in the future.
East Ribble District Charity Stewards gave the Club a donation of £150 to help them to get local children involved in local football again.