Lodge of Naphtali No.266 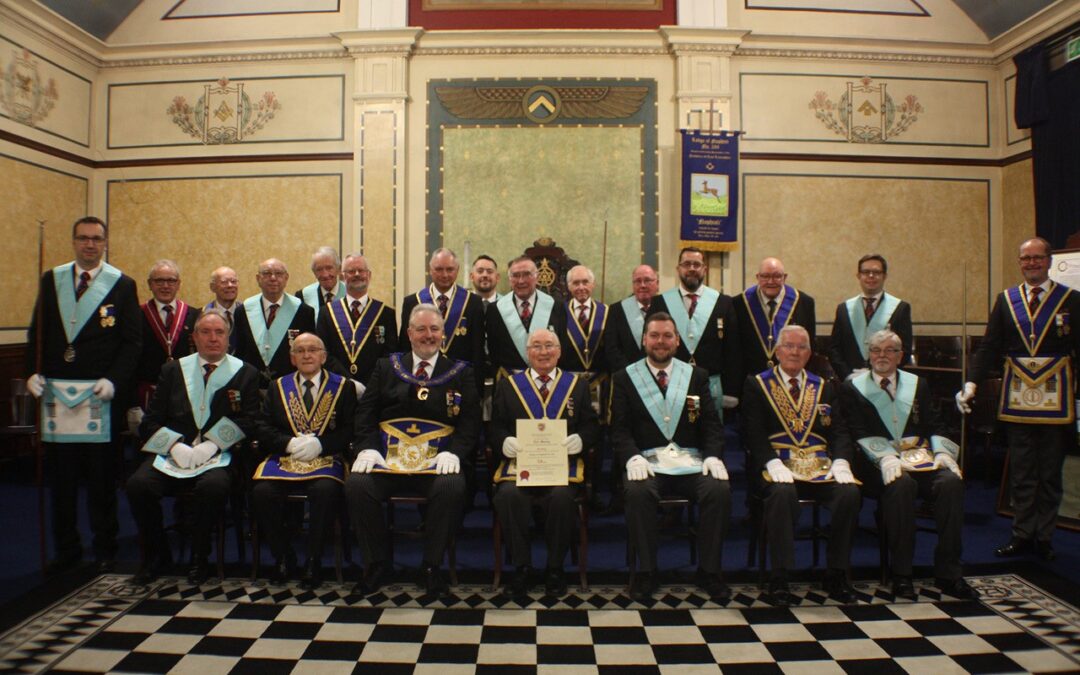 After opening in due form, the Lodge was pleased to receive the Assistant Provincial Grand Master, WBro John Anthony Griffin PGSD APGM together with members of the Rochdale District team.

The proceedings commenced with the reading of a short extract from the minutes of 5th March 1970 by the Lodge Secretary WBro Trevor Jewitt PProvJGW.

WBro Griffin then went on to provide some interesting details of WBro Morley’s career in Freemasonry. He highlighted his rapid rise through the various offices of the Lodge reaching the masters chair in 1983. Similarly, in the Royal Arch, after joining in 1985 Eric reached the first principles chair in 1991. One notable event was that Eric had been a founder member of the Rochdale Installed Masters Lodge which received it’s warrent in 1987.

A tribute was then read by WBro Keith Walker PProvSGW who had known Eric for many years. Keith went on to highlight some of Eric’s life outside Freemasonry. He noted that Eric was a Chadderton lad, he had been married to Ann in 1965 and for much of his career he had been an account manager with British Oxygen. Apart from Freemasonry his other main hobby was fishing.

WBro Griffin then continued the proceedings by reading a letter from the PGM Sir David Trippier followed by the presentation of Eric’s 50-year certificate.

Before Eric was escorted around the lodge to receive a well-deserved acclamation from the Brethren, he was presented with a 50-year lapel badge by the Rochdale District Secretary WBro David Wright PProvGSuptWks.

The celebration continued at the Social Board where an excellent meal was enjoyed by all present.