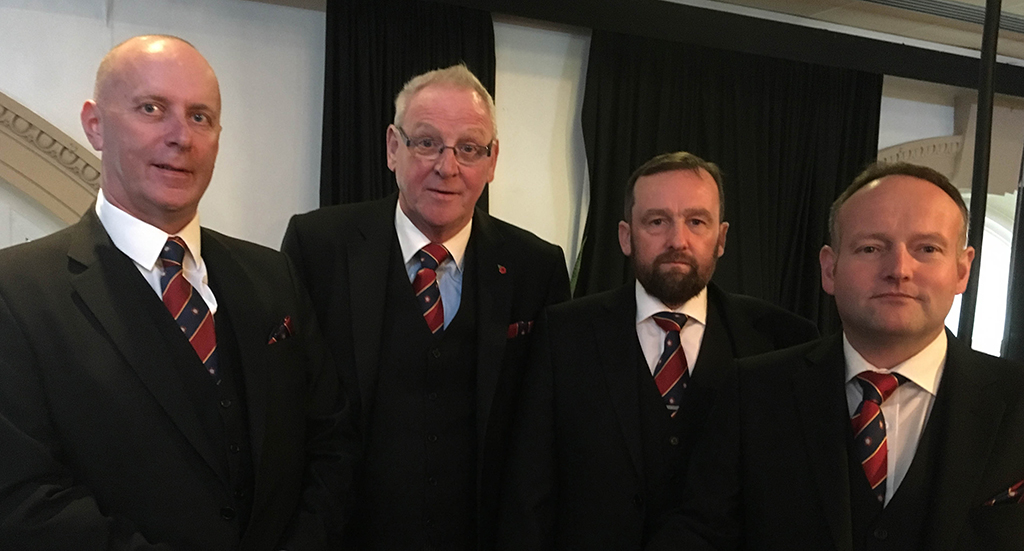 This year the Lodge of Union No 268 were particularly fortunate to see four of the Lodge brethren receive first appointments or promotions in the Provincial Grand Lodge of East Lancashire. Our ADC, who also happens to be District Chairman, WBro Peter Douthwaite, was promoted to the rank of Past Provincial Junior Grand Warden, and WBro Frank Stansfield was promoted to Past Provincial Senior Grand Deacon. However, the real surprise, and gratification, came from seeing two of our members receive Acting Rank, which is quite unusual down here in sleepy Ashton under Lyne. WBro Chris Cunliffe was appointed Provincial Assistant Director of Ceremonies and WBro Steve Stanley was appointed as a Provincial Grand Steward. So, we decided to go up to Blackburn mob handed, and some of us also decided to dine in glorious company. I didn’t manage to get pictures of everyone who went, I regret. When you travel separately you can end up not seeing anyone else, even though you are aware that they are present. But everyone who went commented on the spectacle that is Provincial Grand Lodge. Later at Dinner we had the chance to relax and enjoy good companionship, good conversations and a rather nice bottle of Merlot.

I include this photograph because our DCO, WBro Hall doesn’t often get his photo on the website. On this occasion his magnetic personality was obviously too much for the new PGStwd, who appears to have fallen asleep!