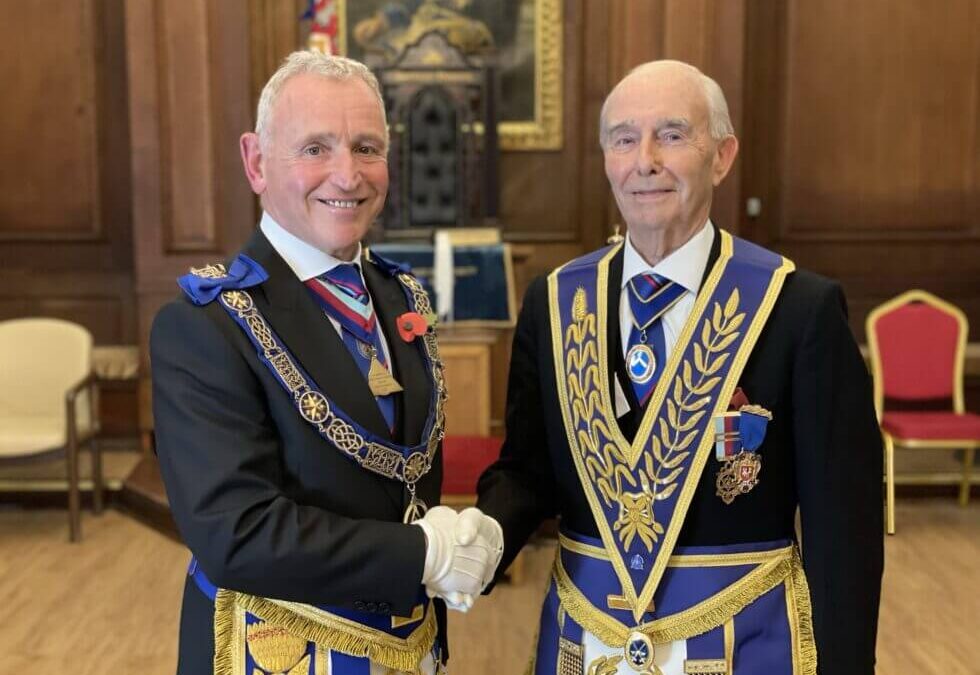 The Lodge of Integrity Number 163 met at Manchester Hall on Monday, the 31st of October; it was an extra special night for all those members and guests that attended, as they assembled to celebrate the diamond jubilee in Freemasonry of VWBro Nolan Morrison. 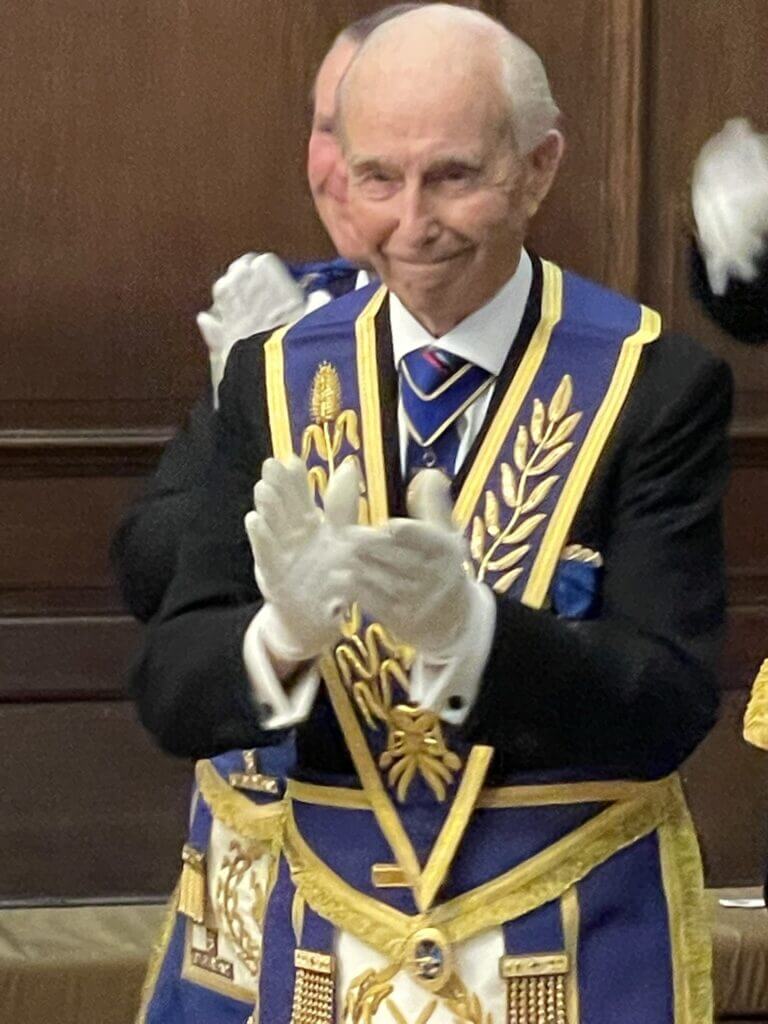 The Lodge was opened in due form, after which the Provincial Director of Ceremonies, WBro John Curry, announced that the Provincial Grand Master RWBro Robert Frankl was outside the Lodge accompanied by a Provincial deputation, and he demanded admission.

WBro Martin Caller then delivered a heartfelt tribute to Nolan, explaining that he had been close friends with him for over 30 years. WBro Caller described VWBro Morrison as a man rather than a Mason, and during his tribute, it was made clear that Nolan had always been a perfectionist. 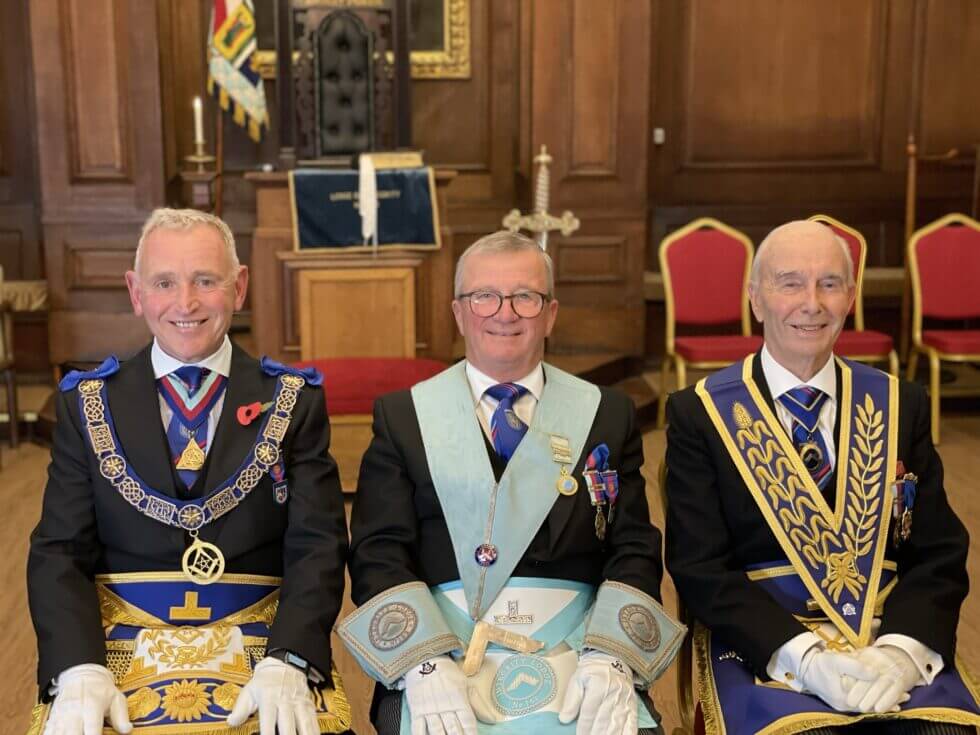 Nolan was first initiated into Freemasonry on the 31st of October 1962, where he joined the Lodge of Integrity Number 163, he took the masters chair in that very lodge on the 31st of January 1973, and since that point, he has been the WM for a further three times.

Since his initiation, Nolan has joined many lodges and chapters, of which he is still a member of today, including L8408 East Lancashire Provincial Grand Stewards Lodgeand L3747 East Lancs. Provincial Grand Officers Lodge, L64 Lodge of Fortitude. 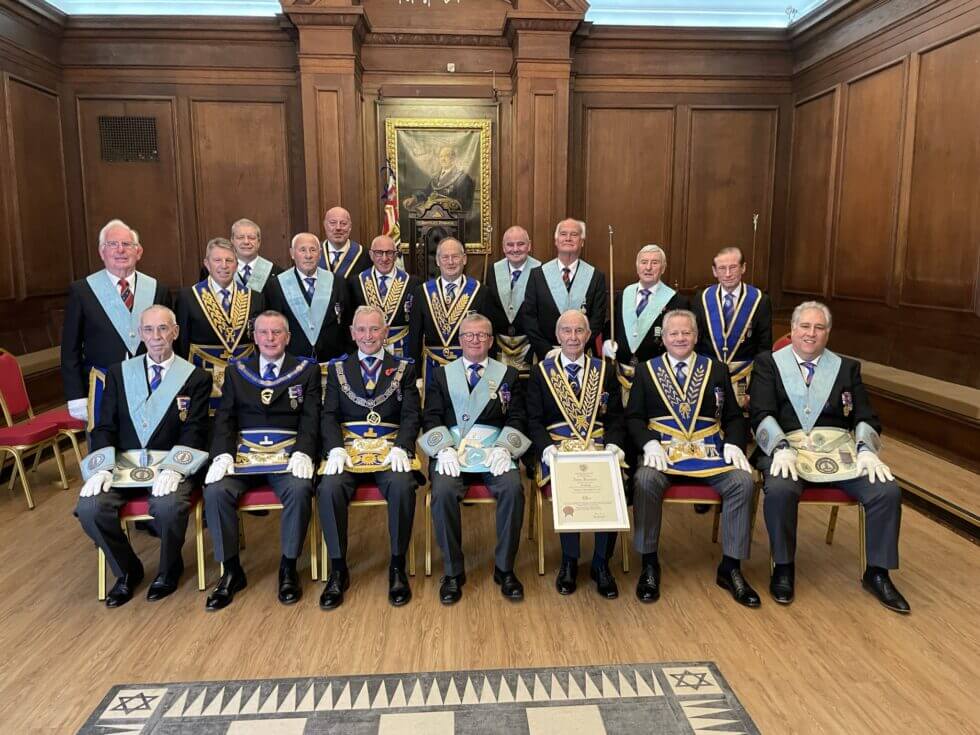 Nolan’s name became synonymous in Manchester during the late seventies, and he was a District Secretary in 1977, District Deputy Chairman and then District Chairman in 1979. Nolan was given the prestigious Grand Rank of Past Assistant Grand Superintendent of Works in 1986 and then was made a Past Senior Grand Deacon in 1993 and then Past Grand Sword Bearer in 1996.

The Provincial Grand Secretary, WBro Chris Wildman, then read out the presentation of the certificate in recognition of VWBro Nolan Morrisons’ sixty years in Freemasonry; the Illuminated certificate was then presented to Nolan by the RWPGM, after which Nolan paraded around the Lodge to rapturous acclaim from all the brethren. It was then the turn of Manchester Derby Chairman WBro Paul OCarroll to present the coveted diamond sixty-year lapel pin; Paul delivered a very moving speech describing how Nolan had always been a role model to not just him but many other Freemasons.

The RWPGM and the celebrant then retired from the Lodge.

A convivial social board followed, where more toasts to Nolan were made, and a sizeable amount was collected for charity.