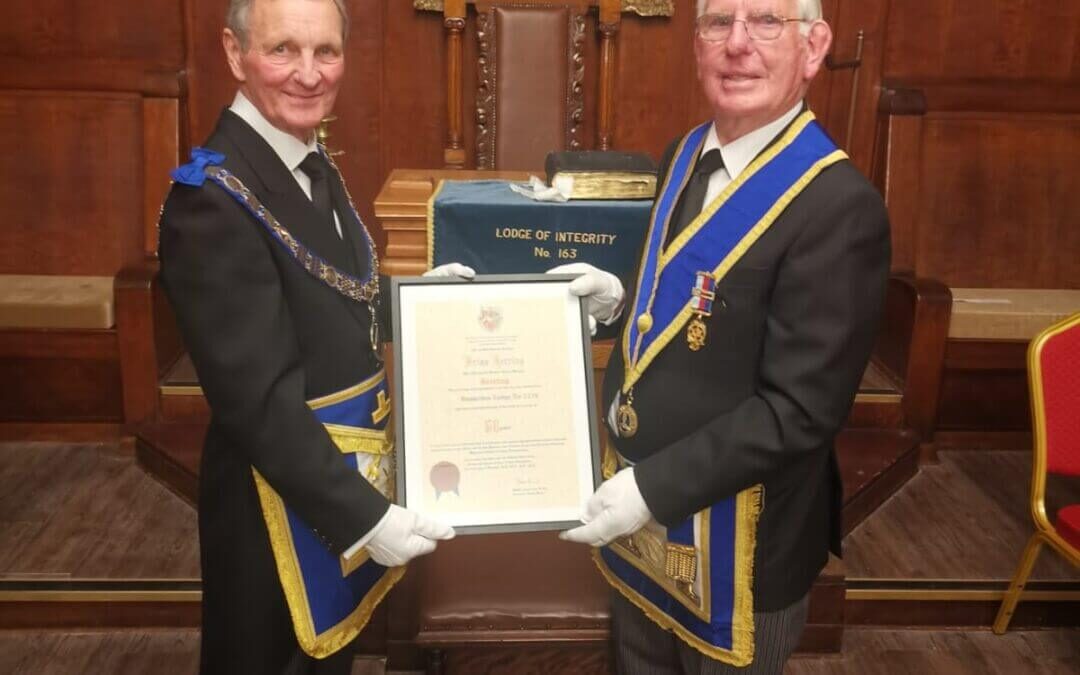 The members of the Lodge of Integrity no.163 attended in their numbers to support WBro Herring on his special occasion. The lodge was opened in due form, and the evening was further enhanced by the presence of the Deputy Provincial Grand Master of the Masonic Province of East Lancashire, VWBro John Farrington, who paraded into the lodge with a deputation of officers from the United Grand Lodge of England, the Provincial Secretary, and the Derby District Chairman.

VWBro Farrington was offered the gavel, which he duly accepted; the Deputy Provincial Grand Master then delivered a tribute to WBro. Herring detailing his impressive masonic c.v.

He described how WBro. Herring was initiated into Samaritan Lodge No 3336 on the 1st of October 1962 and remained a member of that Lodge until 1983. 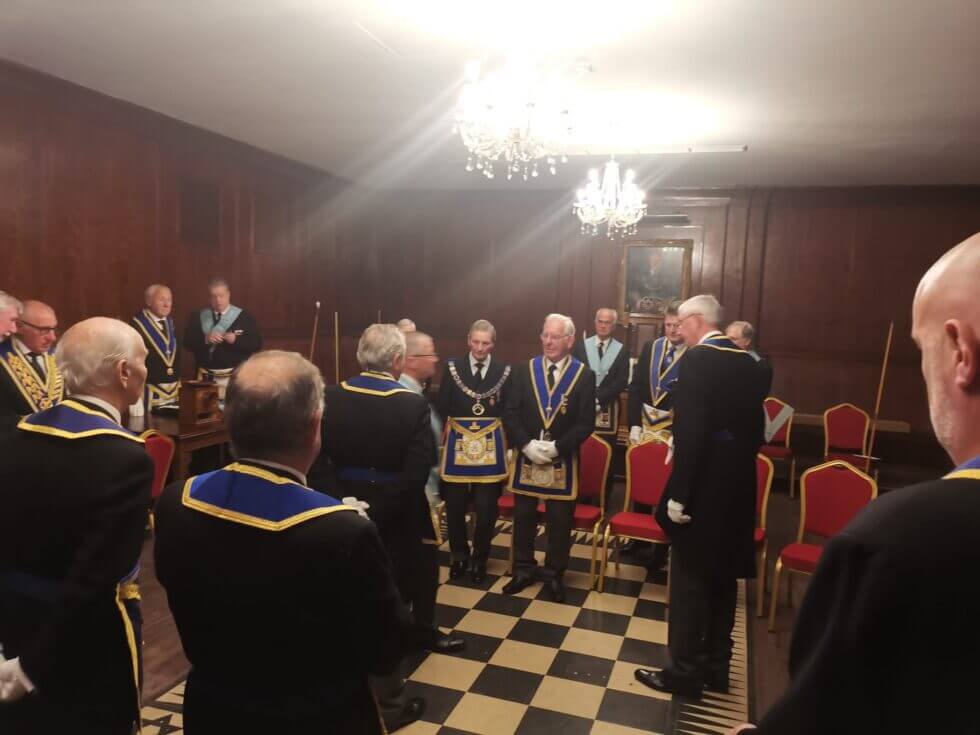 The Deputy Provincial Grand Master went on to explain that WBro. Herring has been a Royal Arch Mason for 48 years, having been Exalted into the Chapter of Integrity in September 1974.

VWBro.Farrington informed the brethren that WBro Herring. had held various Offices in his Lodges and Chapters as Treasurer and Mentor. Still, his primary commitment has been as Secretary of the Lodge of Integrity no.163, an office he has held for over 20 years. 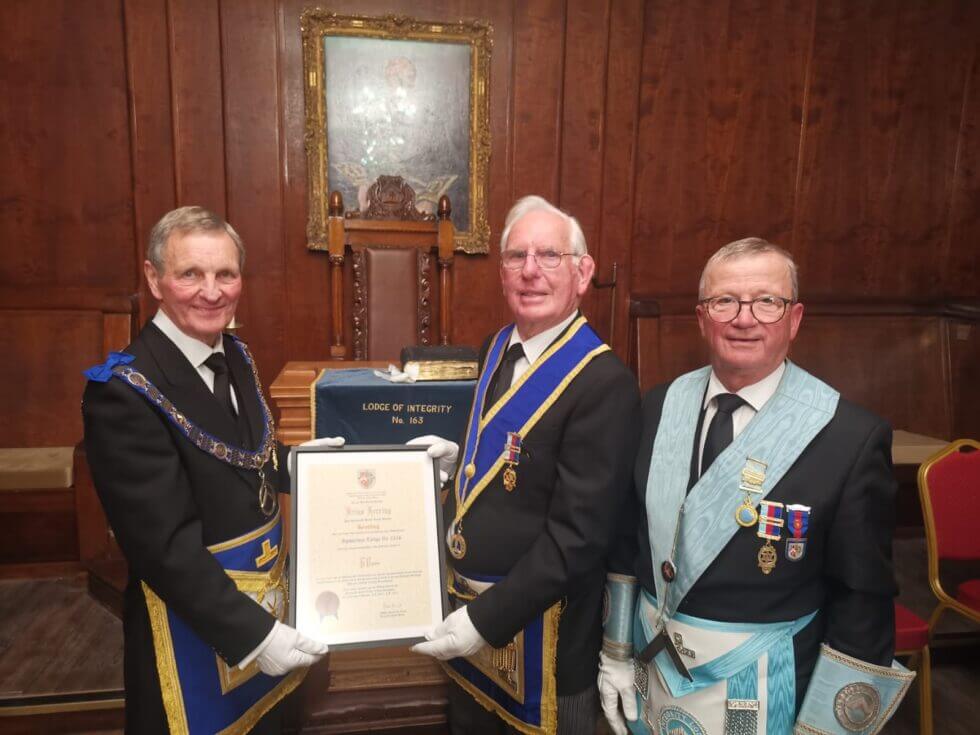 In November 1982, Brians’s service in the Craft was recognised when he received his first Provincial Rank, that of Past Provincial Assistant Grand Director of Ceremonies. 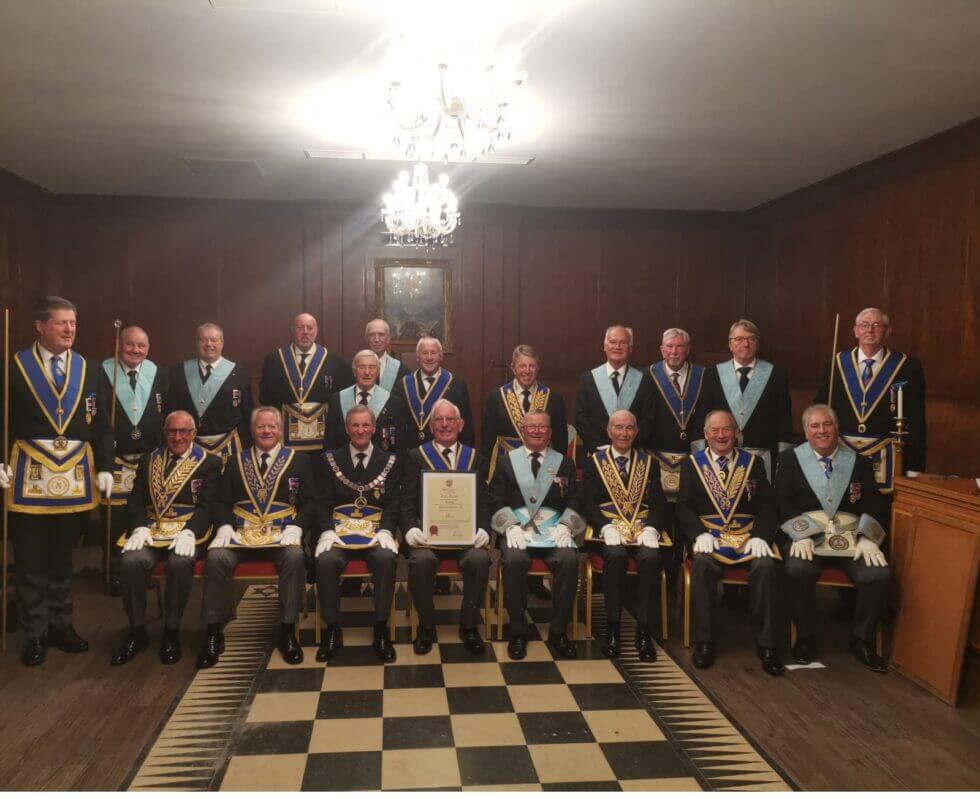 WBro Herring was then paraded around the lodge to receive the acclaim of the brethren, and the District Chairman then presented with a lapel pin to mark him out as a Freemason who had devoted 60 years of his life in the service of the craft.

WBro. Herring was then invited to retire from the lodge with the Deputy Provincial Grand Master and the deputation.

At the Social Board VWBro. Nolan Morrison paid a moving tribute to WBro. Herring describing him as the epitome of a true Freemason, to which WBro. Herring responded in his usual unassuming and humble manner.

The social board concluded, and the brethren departed having been part of a wonderful sixtieth celebration of the Masonic career of WBro.Brian Herring.