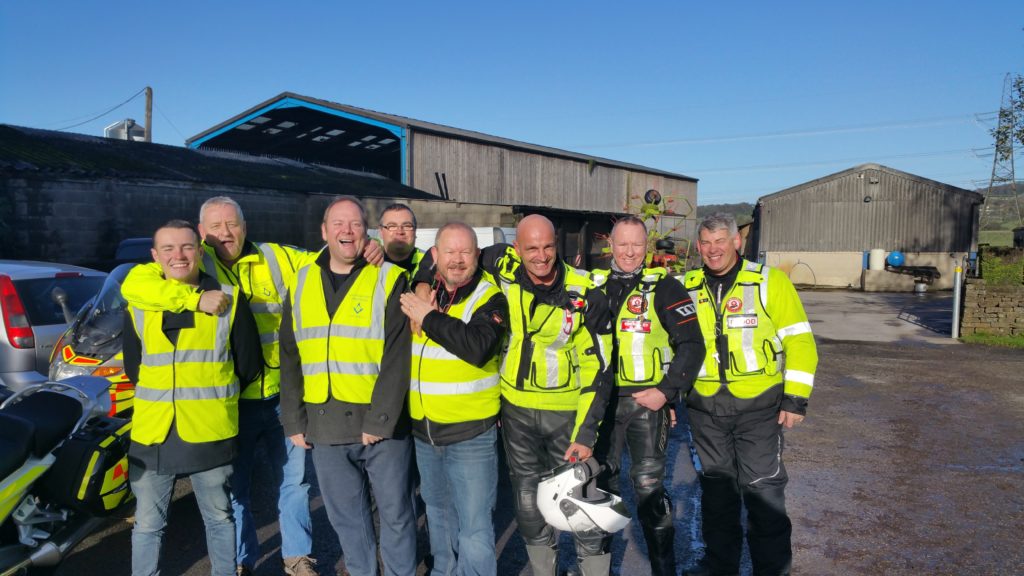 On a crisp, clear late October morning 18 East Ribble District Freemason volunteers along with some of their wives , from every hall in the District and four Blood Bike volunteers assembled on the car park of the Walton Arms at Altham.
The volunteers had assembled to receive the marshal’s briefing following a request for support from Accrington Road Runners who were donating the money that was raised from their 10K race to East Lancashire Hospice.
Fuelled with coffee and sausage butties from the pub the marshals first marshalled three children’s races followed by the 10K race which was run by over 600 runners including a member of Amity and Rossendale Forest Lodge.
Both winning male and female both came from Blackburn Harriers and they finished in times of 00:32:46 and 00:38:04 respectively.
The event raised over £3,000 for East Lancashire Hospice and thanks have been received from East Lancashire Hospice and also via tweets on the Accrington Road Runners website.