Milton Lodge No 1144 – The Second Degree Tracing Board 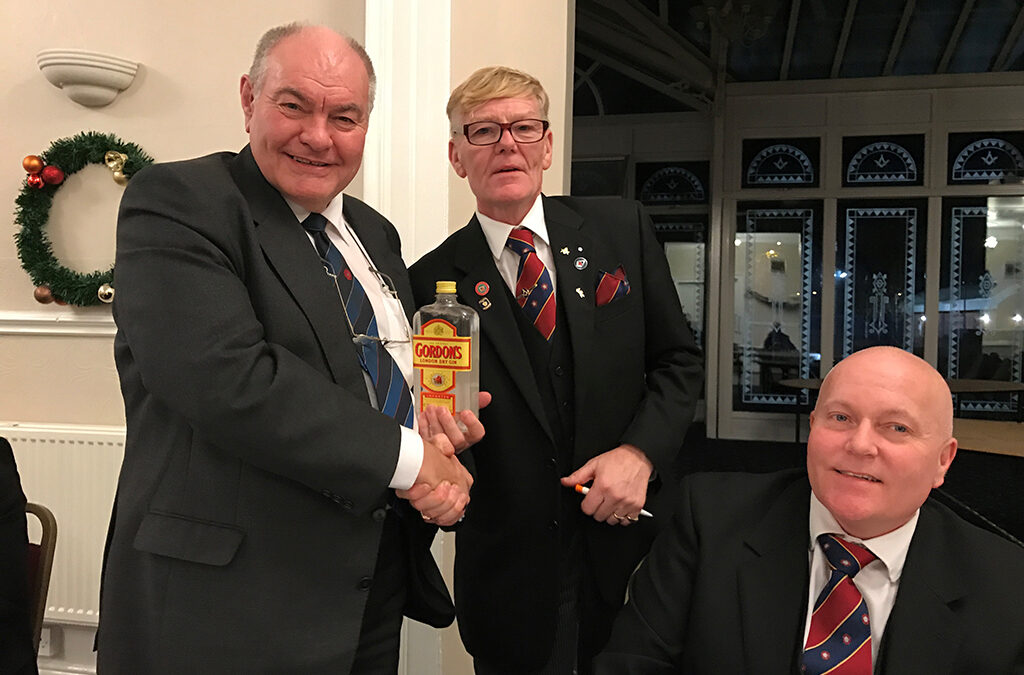 On Thursday 8th December 2016, at their usual Lodge Meeting, Milton Lodge No 1144 were delighted to welcome our District Chairman, WBro Peter Douthwaite PPrJGW. They also welcomed WBro Chad Anthony Northcott PSGD, the Assistant Provincial Grand Master for the Salford Area, who came to deliver the Second Degree Tracing Board to a very attentive Lodge. WBro Northcott chose to deliver the full version, (often referred to as the “long” version in these somewhat unenlightened times, and my sources tell me that he delivered it faultlessly, without once requiring a prompt from WBro Ivan Eastwood PDepGSuptWks, who had come along partly for that purpose.
WBro Eastwood was also present because Milton Lodge will be hosting the explanation of the First Degree ceremony of Initiation on January 12th 2017 by the East Lancashire Education and Development Craft Emulation Team, and he had come along to introduce the team.
At the Social Board, WBro Northcott showed a great deal of interest in the Travelling Gavel which Milton Lodge captured quite recently and which will be available for capture by other Lodges on February 9th 2017 at their Old English Night. WBro Leo Stirling gave a rousing speech thanking WBro Northcott for his presentation and inviting him to return on 12th January. Finally, and somehow very fittingly, WBro Ivan Eastwood, who had come along for two very different purposes, won the bottle of Gin in the Lodge Raffle.