Much Needed Boost for the Lalley Toy Appeal 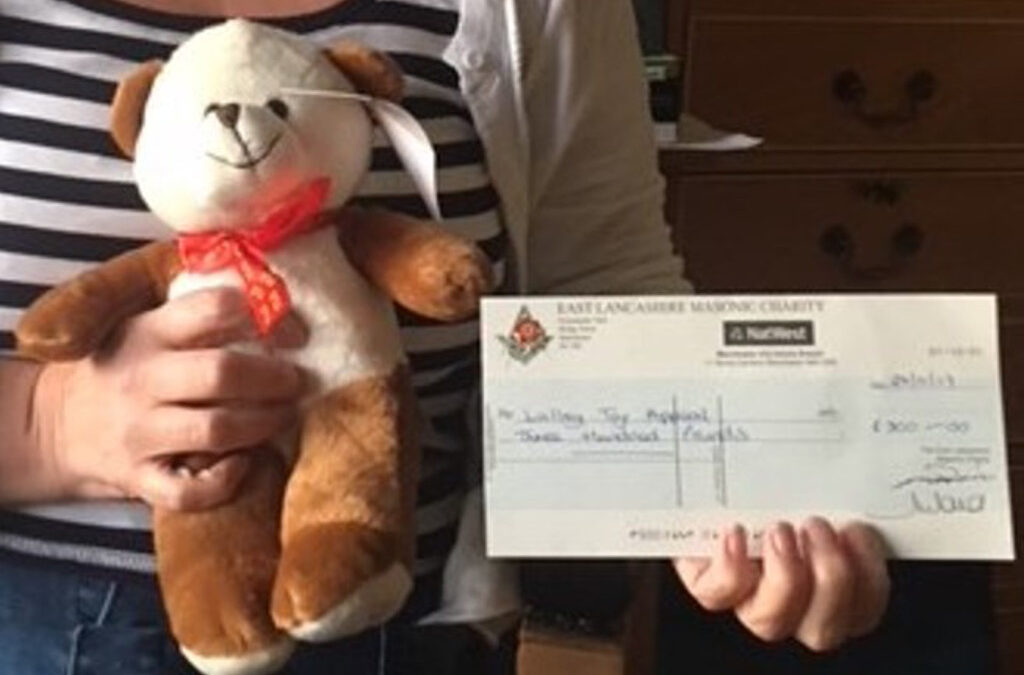 The Lalley Toy Appeal has been running since 2013, providing sacks of toys to children in poverty.  In the first year the Appeal provided an amazing 400 sacks! Each child receives not a single present, but a sack of presents, each put together, individually by a team of 250 volunteers.
Since its founding the appeal has grown and grown. This year the plan was to provide toys for 4000 children, but, such is the growing need, that at the last minute this target has risen to 4300.
On the 11th December a massive team of volunteers will pick and pack each childs sack, then they are loaded onto vans and delivered, all on the same day. The appeal sends sacks to all parts of Manchester, Lancashire and North Cheshire.
Pictured below is Christine Yeates with a cheque for £300 and a stock of TLC teddies.

Christine explained, ‘ The planning and collecting of toys is a massive task that starts again immediately after Christmas. In June we contact schools, social workers, and drop in centres to receive nominations of children we will be supporting that year.’
‘The donation from Manchester Masons and The ELMC will help provide those extra 300 toy sacks for this Christmas.’
Report by Tony Stephenson