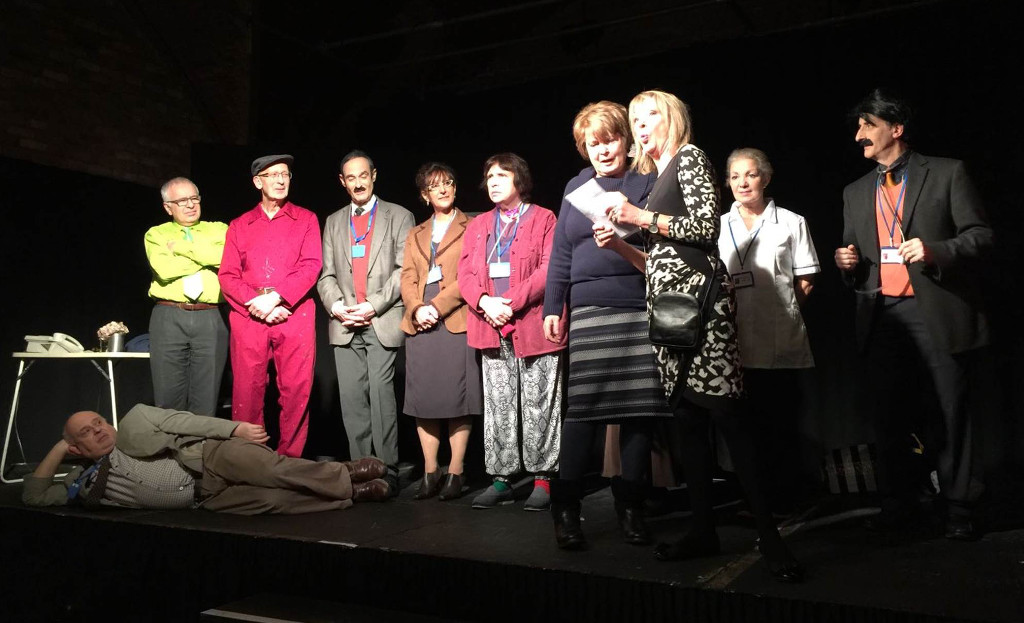 On 22 January ArkScroll Lodge No 6594 organised and presented a Murder Mystery Evening which was put on as a Manchester Masons event.
The evening titled ‘Faulty Doctors’ was arranged by Roger Bower of ArkScroll Lodge at the interesting new venue of 53 2 Albion Street, in central Manchester. Over 100 guests from ArkScroll and other Manchester Lodges plus non masons and their partners enjoyed a great evening.
The play which included amongst its cast David Basger, John Berg, Roger Bower and Chris Guinness was in the style of Faulty Towers but set in a doctor’s surgery.
The guests where split into four teams and they had to solve who had murdered Dr Brown (John Berg).  After an hour’s deliberation the Yellow team proved to be successful in identifying the murderer – but as the group offer their performance to other groups for fundraising it is not possible to declare who was the murderer!

The cast plus the captain of the winning Yellow Team, Elaine Bermitz.

The evening had started with drinks and a light supper which put everyone in good heart for the performance and to work out what had occurred.

Some of the attendees enjoying the pre-play refreshments.

This was a thoroughly successful event and one that will no doubt be repeated given the smiles on the faces of everyone who attended. At the same time the event raised over £1,000 for Charity.

Oliver Basger, the WM of ArkScroll Lodge, thanking everyone for coming and the cast for their performance.