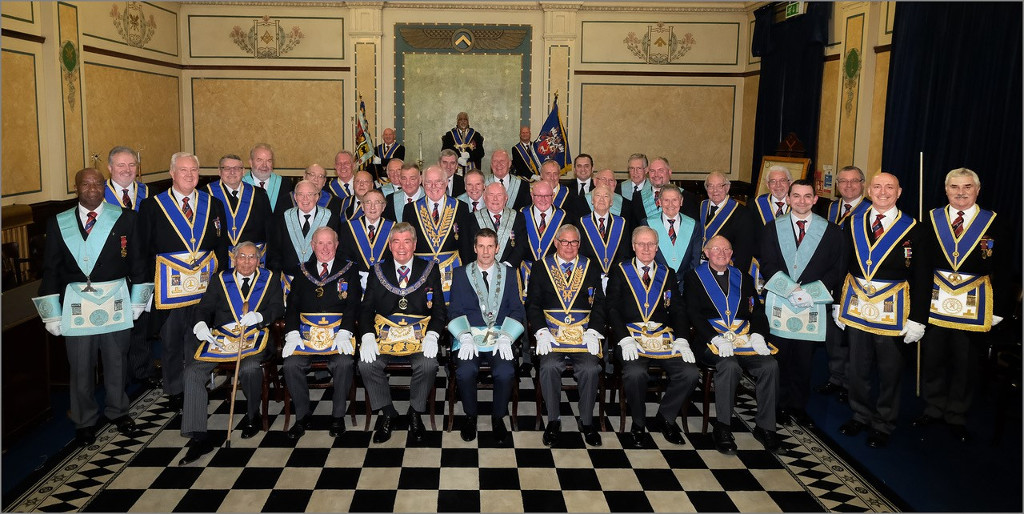 The Provincial Grand Chaplain WBro Cannon R Hawkins continued the proceeding by presenting an Oration.  As a military man he made much of the Lodge Banner and how it had provided a sense of belonging and identity to Lodge members over the years. He commented on the fact that the Lodge’s first WM WBro H. Fishwick had been the author of ” A History of the Parish of Rochdale ” and that as the Parish Church of Rochdale was known as St Chad’s it was probable that this had given rise to the naming of the Lodge.
The Provincial Grand Master then addressed the Lodge and praised many of its past and present members for their significant contribution to community life in Rochdale and announced the promotion of WBro Frank Holt to the rank of PProJGW.
Prior to the celebrations concluding the WM presented Sir David with a cheque to the value of £11,000 as the Lodge donation to the East Lancashire Masonic Charities.