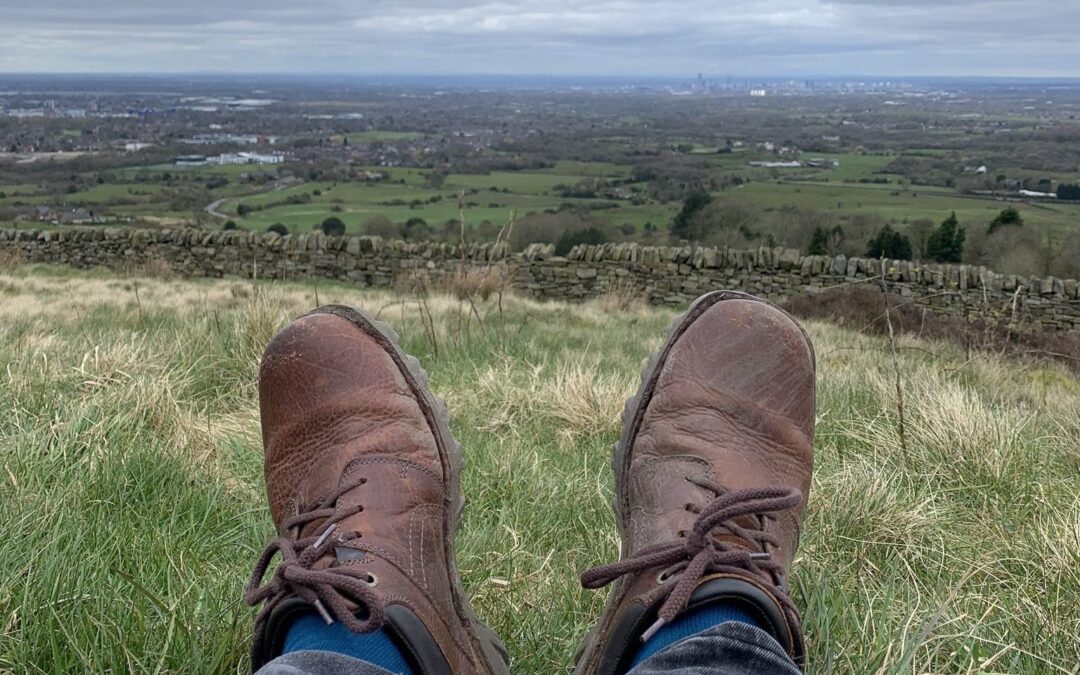 As a writer, I have a ‘to do’ list of ideas and projects which needs its own ‘to do’ list to prioritise me! If lists had the ability to take on a form, I’m sure that every time I turn my computer on, my list would appear on the screen sighing, tapping its foot, shaking its disappointed little head and wearily enquiring “What’s todays excuse?” If I wasn’t already paranoid enough about not being productive, I clearly muttered some magical incantation yesterday whilst vainly staring at a blank computer screen, because my iPhone suddenly sprang into life with my dear nemesis Ms Siri saying “I’m sorry. I didn’t understand your question.” Without thinking, I made some off-hand retort to which Ms Siri then told me off for being flippant!

Where’s George Orwell when you need him?

With unproductivity winning, I then went off for my socially distanced, legally sanctioned allotted exercise period (that’s a walk to you and me). I was taking note of the other few disembodied spirits out for their daily bimble and as I meandered my way out of the small estate of houses I live on, there was a chap looking around who appeared a little confused. I asked if I could help and he told me he wasn’t lost but was sure there was another way out of the estate on foot. When I pointed him in the right direction, he disclosed that he’d lived here for several years but as he only ever drove to and from his house, he had no idea “… how you walked it.” It then dawned on me that he must only live 100 metres from me and I had never seen him before. I didn’t recognise my own neighbours.

Social Isolation, it would appear, has existed for longer than a few weeks.

Having fallen into a regime of a daily walk, I’ve also begun to notice who ‘lets on’ and who doesn’t. And there appears to be no rhyme or reason as to who will and who won’t. Some do it with gusto as if they’ve fallen out of a Famous Five novel. Others look down at the floor, appearing to believe that eye contact with another human being carries a sure-fire risk of acquiring a communicable disease. Unfortunately for them, I have a bit of Gandalf from Lord of the Rings in me as in my mind, the rallying cry “You shall not pass!” makes me demand a reply, even if it is just a sociable grunt!

But such are in the minority. And despite them, what I have noticed more and more, is that in this artificial construct of reality we are presently forced to live in, how so obviously generous of spirit people have become (or were they so before all of this, but we just never had the chance to notice?) Had we forgotten how to be neighbours before all of this? Had we chosen to accept the convenience and the security that four walls can bring and allowed social interaction and pleasantries to be casualties, consequences of our ‘new’ way of life?

There is a bakery not far from my home. I can count on one hand the number times in twenty years I’ve been in it. With queues at all the large stores, I’ve started to use ‘my’ bakery (as I now call it) and the other small stores on my doorstep. In the short space of a fortnight, I now know the ladies who work at the bakery by name. They wave as I walk past for my morning walk. After only two weeks, when I enter, one of them will enquire “The usual for lunch is it Martin?” And as I crossed the road that morning having left the bakers, the owner of a mini-market I have also now become acquainted with, enquired if I was OK and was there anything I needed? Was the family OK? Was I bearing up? “Don’t be a stranger” he calls.

But I am, I was. That’s the point; until two weeks ago, I had never met him. Even though we are ‘neighbours’, we aren’t, we never were. Or was it that I never allowed us to be?

All this just got me thinking how bizarre it is, being a member of a fraternity like Freemasonry, with a huge extended family of friends, with a perceived sense of community and doing good, that what a small world I have chosen to live in. With everything good that I believe I do, being the social animal I think I am, it would appear I’m not when it comes to what’s on my own doorstep. And I can’t be alone in that. And to quote the comedian Jimmy Cricket, “There’s more.”

Last night was Thursday and at 8pm, it was a revelation watching neighbours who I don’t really know, tentatively emerging from this self-imposed hibernation, unsure what to do, but slowly gaining the confidence to simply stand in their own gardens and clap. Some lone voice in the distance cheered. Several more gained the courage to support him and also cheered. There was a whistle, rapidly followed by several more. This was a glimpse of something far more profound than a token gesture for the NHS. This was what genuine ‘Community’ must feel like. This was a window, a glimpse on a community finding its feet, its conscience, its spirit.

All of this just got me wondering that, when this is all over, what will we do with this ‘thing’ we appear to have (re)discovered about ourselves? After all, in Masonic terms we spend our lives reading, learning, repeating about discovering genuine secrets, lost words, signs et al; finding the import, the meaning found in our history and our membership and in us. Some good could, should come from this, and I don’t mean having the time to learn ritual. Forget for a moment, discovering (say) the genuine secrets of a Master Mason. Consider discovering (remembering) what it feels like to be part of a bigger, better society. A society that cares and communicates on a very nuclear, personal level again. A society that exists because it consists of individuals who look out for each other, who appreciate that there is more in this world than ‘self’.

I guess a Freemason would say that such sentiment, aspiration, embodies who and what we are as Freemasons anyhow. After all, we remind every new member that he is a “…citizen of the world” don’t we? Well, perhaps, what we are currently living through is a unique opportunity to appreciate what that phrase truly means – and for many, the first time in a generation.

This time is our chance to redefine what our principles are about, what we are about; there is so much we can do, as members of society, with what we are now learning of ourselves, our capacity for good, our decision to care about those around us.

It may seem like a dark time time for a membership organisation such as ours. But just consider for a moment, how Freemasonry might emerge on the other side from the experience. There are many reasons to be worried and afraid. But how we have responded to this crisis may bring positive benefits as yet unappreciated. And they might be evidenced by the fact that as a society, we have simply reengaged with being “citizens of the world,”

Let us not allow our membership, our suspended meetings, the ceremonies and candidates we placed on hold, those offices just waiting to be filled, to be things we just add to our ‘to do’ list for tomorrow – whenever that ‘tomorrow’ arrives. We are so much more than something to be routinely picked up again in several months’ time with a ‘business as usual’ air to it aren’t we?

Amongst everything else, I think society is being handed a chance to heal and become so much more than it was. Let’s not allow our Freemasonry, our membership, to be left behind in that process.

As I have said and written so many times, our Order has only existed for all these centuries because it has weathered so many storms and evolved. Well, perhaps it is time to evolve again. A new Freemasonry could emerge from this just itching to embrace the next era in our history by adding value, strength and worth to our country, to our Orders and to ourselves and allowing our generosity of spirit to shine.

How will you play your part in making that a reality?

Well, I can tell you one thing which has come from my writing this piece for you.

I can hear my ‘to do’ list tutting louder than ever before. Let’s hope Ms Siri hasn’t noticed my absence from productivity again!

Stay safe, stay well. The other side of this is in touching distance. Don’t forget that.